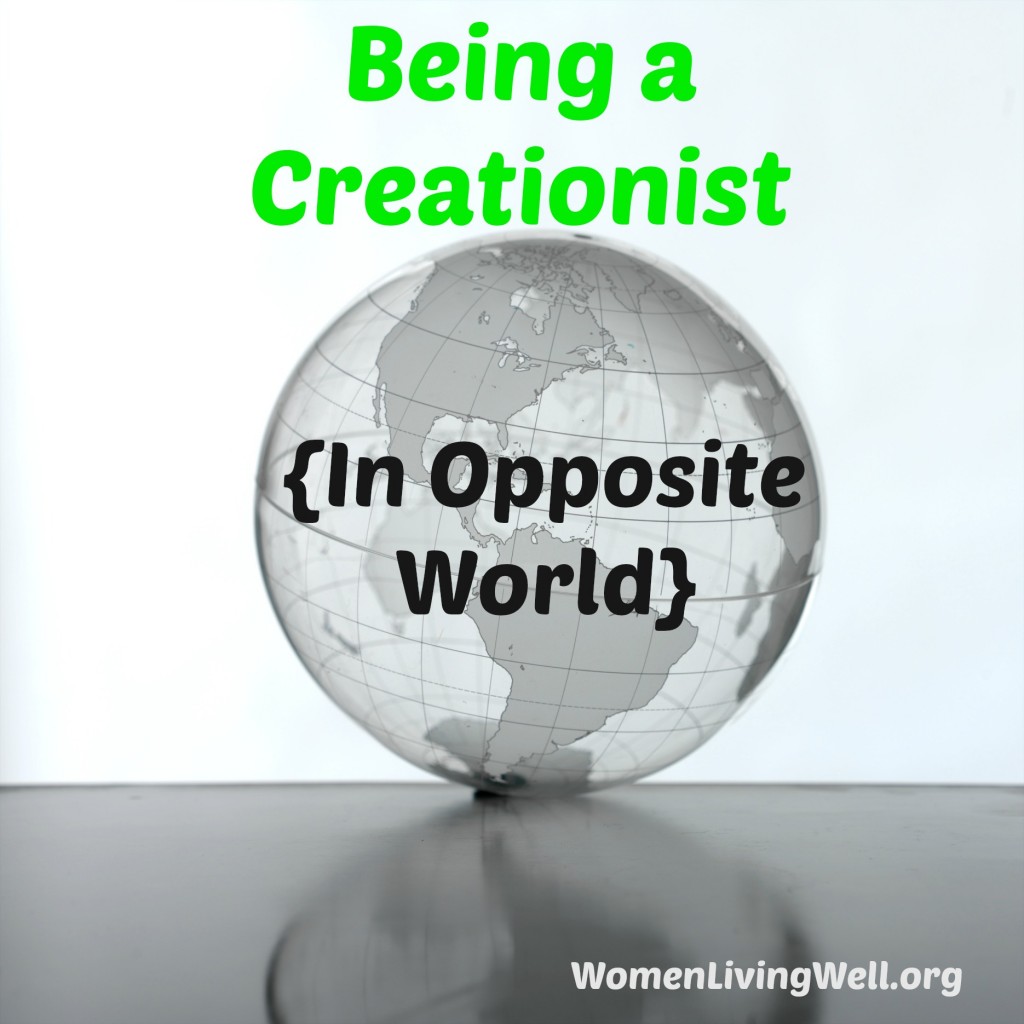 Always be prepared to give an answer to everyone who asks you to give the reason for the hope that you have. But do this with gentleness and respect. ~ I Peter 3:15

Our homeschool group went to the Natural History Museum in May.  We started out the day with a presentation in the planetarian.  The lights went dark and the speaker began.

“Billions of years ago there was a dense ball of energy that expanded and formed our universe.”

One of the other moms said our sons both whispered out loud “wrong!”

Then this speaker explained the marvelous galaxies that our God created and I sat there in awe.

We serve an awesome God!

We went on and explored the fascinating museum of God’s creation and as we finished the dinosaur exhibit we saw this sign: 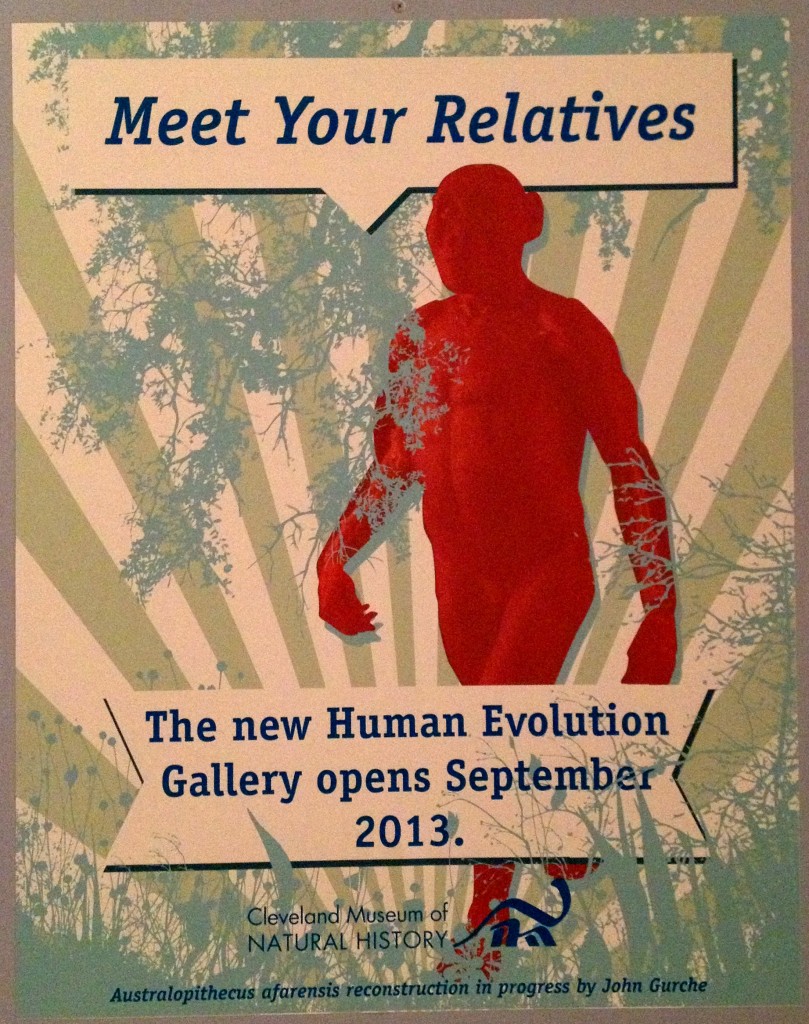 Since the day I’ve begun checking books out of the library to teach my children science – we have been bombarded by Opposite World’s theory of evolution.  It’s everywhere!  Just this week I got a science book from the library and here’s how it begins: 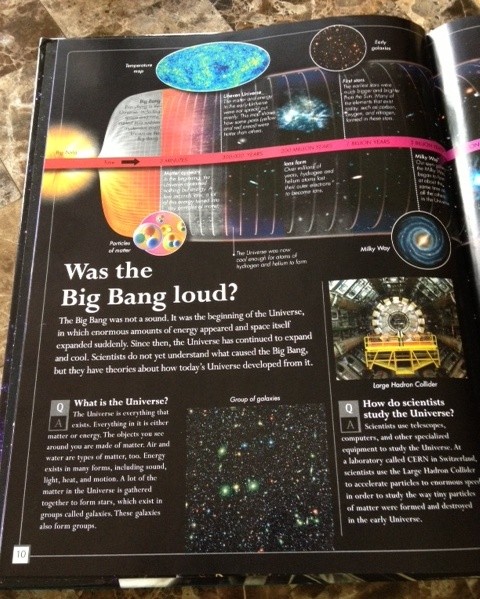 Believing that the God of the Bible created the earth is no longer the default teaching and our children need to be prepared to give answers and to recognize right from wrong.

This is not a new modern problem.  When I was in high school, I carried my Bible with me to my public school everyday.  In the back of my Bible, I had these notes jotted down to help me when I was confronted by other students who challenged my beliefs.  The middle section on the right was written to help me answer evolution. 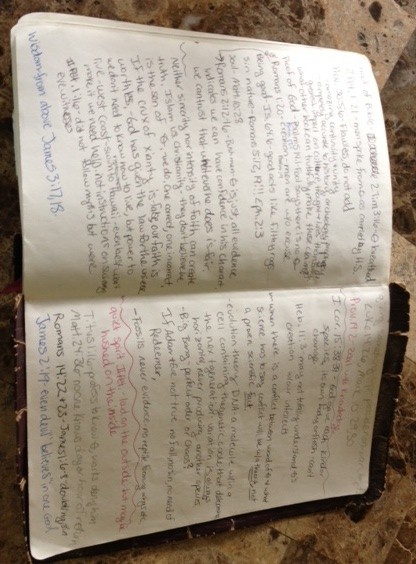 It has never been easy for believers in Opposite World.  The opposition has many tools in their tool belt.  One is insulting our intelligence for believing in a book of fairy tales.

Friends, there is a spiritual battle happening around us.  And when Opposite World removes God from the equation, then they remove all responsibility to Him.  There’s no Adam and Eve, there’s no sin nature, and there’s no need for a redeemer named Jesus.  God’s word becomes obsolete and the way Christians live their lives becomes a reason for ridicule.

Always be prepared to give an answer to everyone who asks you to give the reason for the hope that you have. But do this with gentleness and respect. ~ I Peter 3:15

We must give our children the tools they need to defend their faith – to give an intelligent, gentle answer to those who will question them.  Because they WILL be questioned.  Here’s some of the ways I have defended my faith when asked:

1.)  I appeal to reason.  Is it possible to take a bunch of pieces of metal throw them up in the air and get a watch that works and tells time perfectly? No, clearly every watch has a watch maker.  In the same way, our amazing bodies are made with eyes that see out of a tiny black circle and hands with unique finger prints and a womb to birth babies.  It is so intricate and complex!  The human body alone is evidence of an intelligent designer.

God did not create evolution.  He created animals to only reproduce after their own kind.

I am barely scratching the surface here of all the questions that are raised about creationism.  But let me give you some on-line resources that you can use to first equip yourself and then equip your children.

AnswersInGenesis.org – is a great place to start!

I have always found all of Ravi Zacharias’ books and videos helpful – he is a skilled apologist.  His youtube channel here is great.

The Way of the Master – Intelligent Design Vs. Evolution – has great resources too!

And finally, Josh McDowell.  I started reading his books in high school and he helped me through many difficult conversations. Evidence Demands a Verdict  is one of my favorite books and I highly recommend it if you have a child who is asking for more evidence of God’s word being true.

Chime In:  According to I Peter 3:15, we are called to give Opposite World an answer when they ask for our reason of hope. Please share in the comment section any resources or thoughts that would help us be more equipped to answer.