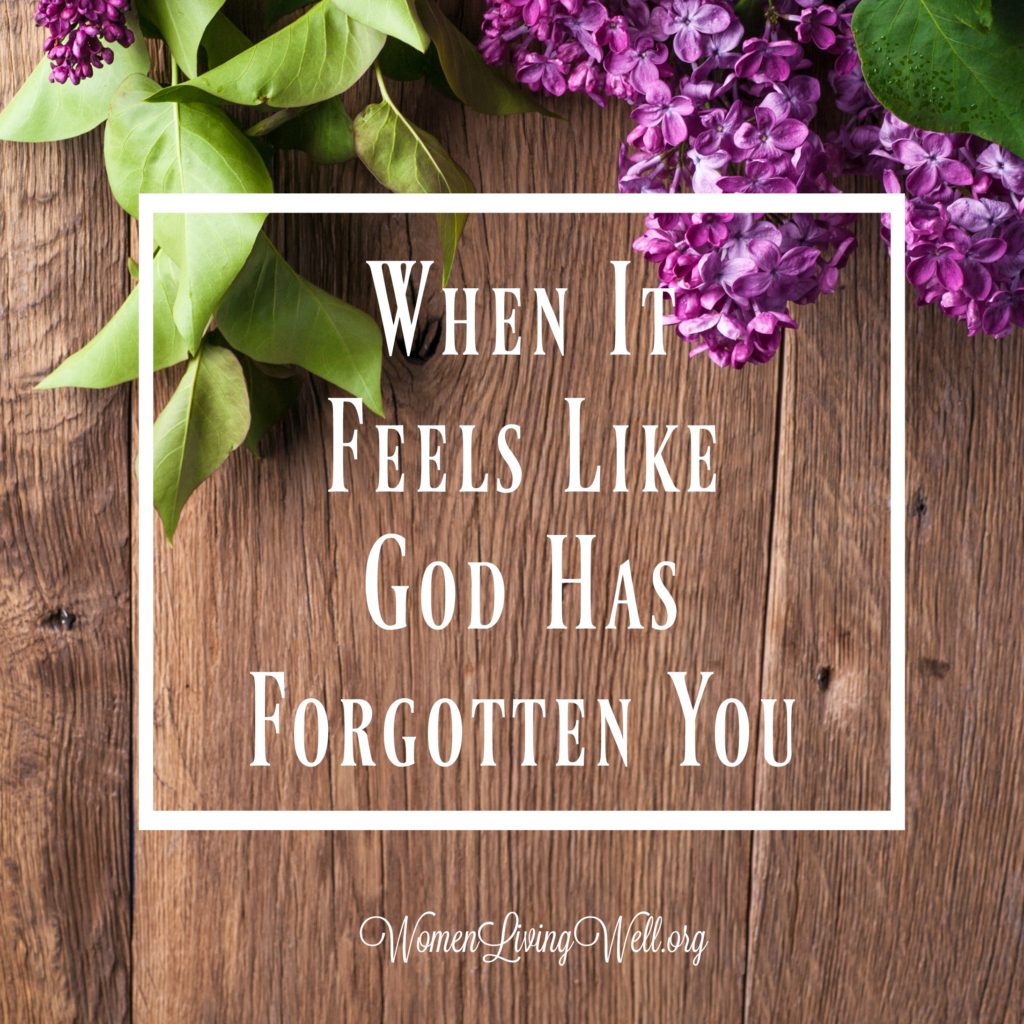 Are you in a season of waiting?

Maybe you are waiting on a prayer to be answered, a baby to be conceived, a problem to be resolved, a chance to be promoted, a debt to be paid off or a prodigal to come home.

God has not forgotten you.

David was anointed King around the age of 15 but he did not take the throne until he was 30!  And during that waiting period David faced a lot of hardship.  I’m sure there were days that David felt forgotten by God.

Join me on this video as we talk about: When It Feels Like God Has Forgotten You.

Perhaps you are even feeling forgotten by others.

If you are a woman with a big heart  –then you have felt the sting of giving and helping others, and then being forgotten.

But I’m reminded of the story in Luke 17 when Jesus healed the ten men of leprosy.  After healing them ONLY one returned to say thank you.

Jesus asked the one who returned – “where are the other nine”?

Those other nine men, healed of leprosy, went on their merry way enjoying their new health.

When we see that the Lord of the universe was forgotten –we realize that none of us will escape being hurt by someone who has forgotten us.

I find that comforting.

1.  God is going to provide your every need and more.

My God will supply every need of yours
according to his riches in glory in Christ Jesus.
(Philippians 4:19)

2.  Nothing will ever separate you from the love of God.

For I am sure that neither death nor life, nor angels nor rulers, nor things present nor things to come, nor powers, nor height nor depth, nor anything else in all creation, will be able to separate us from the love of God in Christ Jesus our Lord.  (Romans 8:38 & 39)

3.  He will never leave you or forsake you.

Be strong and courageous. Do not fear or be in dread of them, for it is the Lord your God who goes with you. He will not leave you or forsake you.
(Deuteronomy 31:6)

4.  God never abandons his children.  You are HIS!

It is the Lord who goes before you. He will be with you; he will not leave you or forsake you. Do not fear or be dismayed.
(Deuteronomy 31:8)

You are never alone and never forgotten by God.

Rest in this truth today and keep believing.