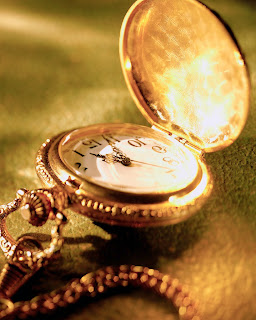 TIME – it’s a weird thing to explain. Sometimes it can be dreadfully long – like in the middle of the night with a sick baby. Sometimes it’s too short – like time spent with good friends. Sometimes it’s hard to manage – and there’s just not enough of it. And sometimes you see others doing so much with their time that you wonder where all of yours has gone? Sometimes it flies when you realize your baby is now entering kindergarten and sometimes it is gone – when you lose a loved one.
TIME. Luke 2 says “And while they were there the TIME came for the baby to be born, and she gave birth to her firstborn, a son. She wrapped him in cloths and placed him in a manger because there was no room for them in the inn.”

Beth Moore says “The time. The time toward which all “time” had been ticking since the kingdom clock struck one. All of Scripture unfolds from the words, “In the beginning, God created…” Since eternity has no beginning, to what did the beginning refer if not to “time.”? The words in Luke 2:6 refer to the most important segment of time since the first tick of the clock.

The second hand circled tens of thousands of times for thousands of years, then finally, miraculously, majestically – the time came. God’s voice broke through the barrier of the natural realm through the cries of an infant, startled by life on the outside. The Son of God had come to earth, wrapped in a tiny cloak of human flesh.”
In 2 days, we will celebrate the time coming and the birth of our Savior who changed all of time forever. There is no one in history who has shaped time more than he has – the calendar revolves around his birth.
It’s time today, that we took the time, to spend time, with the one who created time and who entered time to save our souls. But you say “I don’t have the time today – my to do list is so long.” Remember what Jesus said two chapters later in Luke 4:4 – “Man does not live by bread alone.” You may think you don’t need him – but he would not have sent his son if you did not NEED him! You need time with Jesus today – don’t miss it!
Walk with the King!