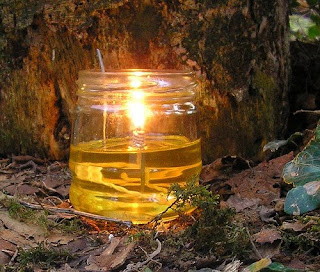 Word Filled Wednesday: Proverbs 31:18 “She sees that her trading is profitable, and her lamp does not go out at night.”
We are into week 10 in our Proverbs 31 series. This woman continues to challenge me. So far we have seen that she rises early, works eagerly and vigorously, shops wisely and is extremely productive with her hands!
So today this is long because it’s two-fold:
1. Her trading is profitable. Matthew Henry’s Commentary says: “She is one that takes pains in her duties, and takes pleasure in them. She is careful to fill up time, that none be lost. She rises early. She does what she does, with all her power, and trifles not.”
My friend Kristy is an example of a profitable woman. She makes adorable knit hats and tutus. She has sold hundreds around the world through her etsy store while working right from her home!
Another example is one of my Good Morning Girls Kelly, she just started a photography business in her home and she is in high demand. You can see why by viewing her work here. She does an excellent job.
My sister Kristen works from home as a home schooling virtual High School math teacher. She doesn’t just teach math but she shows the love of Jesus to all of her students! Parents are lucky to have her as their child’s teacher!!! She truly loves her students and gives them 100%.
And quite a few of my friends extend a hand of love as they babysit a few days a week in their home. These women are working hard and seeing that their work is profitable. They don’t do it half heartedly or bitterly. They have found their passion and with joy pour hours into their work. As a result, I would be willing to guess that all of these profitable women have this next trait in common.

2. Her lamp does not go out at night. When you are applying excellence to your work you will find that the night oil just simply has to be burnt sometimes to get it all done. This blog has given me more late nights than I care to admit! The Proverbs 31 woman does not watch television every night. Actually, she did not watch television any of the nights (gulp)!!!
All of the commentaries say that this was a woman who basically worked night and day. But we know she slept because verse 15 says she rises early – so she did have to rise! Because of the invention of the light bulb we might forget that her night oil would have begun when the sun sets at 6:30pm this time of year. The “night oil” has begun when we flip our light switches on! Don’t most of us still work after 6:30pm? There’s dishes to do, baths to give, homework to be done, training to be done, laundry to be put away, stories to be read, and possibly cleaning if you were away during the day.
Burning the night oil does not mean we stay up until after midnight working. I know that many are night owls and they get a burst of energy late at night! If that is you – and you are up working late and accomplishing much – that’s fantastic!!!
But for others, do not feel badly if by 10pm you are exhausted and ready to hit the hay “early”. That’s not early! Your night oil has been burning for 3 and a half hours already and if you are going to rise early as the Proverbs 31 woman does (she rises while it is still dark – which is around 6am this time of year). Then 10pm is a good bed time.
The problem with technology is that it keeps us up way past the night oil – we are not being profitable, we are exhausted in the morning, too tired to keep our eyes open to read God’s word or pray, and cranky with our husbands and children.

Try to be profitable in the evenings – from 6:30pm-9:30pm. And then get your rest. Read a good book, watch a short show, stop by to read my blog (lol!) and then get to bed because the sunrise is coming!