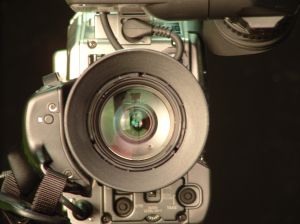 Last January I shared in a blog post about this production company that had contacted me to be in a reality show.  After they interviewed me 3 times, and then my dearest friends and sisters – their casting director flew to my hometown and met with us over an Italian dinner.  After she left, each girl recorded Skype interviews for a pilot and then the contract came. We (my husband and I)  got cold feet – or God gave us very unsettled spirits and we decided to walk away.  At the time it was a HUGE relief to have that whole 2 month saga resolved!  It was  a very confusing time for me as I tried to figure out God’s will.

Well shortly after I turned this non-Christian company down – a 2nd production company came along and they were Christians – hooray!  They were out of LA and they had some different ideas…we talked and dreamed a bit but we left it up in the air for the details to come together at a later date if God opened doors.

Then last month a 3rd production company contacted me – which I only slightly alluded to in this blog post here (at the very bottom I mention it) and I quickly said – “no thank you” in an email.

But then – while I was Disney World would you believe that a FOURTH production company emailed me and a bunch of my blogging friends!!!  While I was gone the other girls – which include (Angela, Janelle, Clare, Ruth and Darlene) did their phone interviews and they had moved on to their Skype interviews.

So I came home from vacation to this very real opportunity blooming!!!  I waited 4 days to email the company back because I still was unsettled from the January experience.  But all my friends were moving forward and I felt the need to pay attention to this open door.  As a matter of fact, one friend said to me – “Courtney, when God keeps opening the same door over and over – maybe you should walk through it.”

So I called the production company and had my first interview and they pitched their concept.  This company had a different concept than the first – a mix of reality and talk.  After talking with my husband, the other bloggers and praying, I emailed the company and said I would not be going forward with the process.

The next day the phone rang and it was the production company PLUS 2 executives of their company – all pitching to me their ideas, their company, they were listening to all my concerns and I laid out for them every issue I had…and they very genuinely said they would resolve every issue – including one specific issue being that I did not want to do any taping until 2013… I needed more time…and they were willing to wait on me.  Wow – they were rolling out the red carpet – how could I say no?  I had no reasons left!  They resolved EVERY single one!

I hung up the phone CONFUSED!  I mean head spinning – heart beating fast – God where are you and why are you making this SO hard to figure my way through this maze!  Is this you or is this not you God?  Is this a test or an open door – what in the world is all of this?  And why 4 times???

Well – I did make a decision but it’s not based on a whole lot…just my confusion…or the thought that if this was God’s will I would not feel so confused.  I begged God to speak – but faced a lot of silence this week.  My husband was okay with me going forward with the process but I sent an email last night telling them I’ve decided to not go forward.  Angela has been praying all week and seeking God’s will for her.  She sensed this was not in his plans for her and she was scheduled for her skype on Tuesday – it fell through, Wednesday- it fell through and then she was rescheduled for Friday morning and she woke up with pink eye – I personally think it was a sign to say “no” 🙂 So she is out also.  The other girls are going forward until God shows them clearly yes or no also.

I have to admit I am frustrated…frustrated that I said no – thinking I was being faithful to God and his calling on my life to write and then they called back and offered me more…why did God allow that to happen and make me even more confused?  And then Angela got this beautiful clear sign – pink eye (sorry Ang I know that’s no fun to have but really it’s awesome to see how clear that was for her) and here I sit wondering – did I make the right decision?

Okay – I know this is the wierdest blog post I may have ever written lol!  There’s no verses or any real teaching game plan here…just a girl telling her on-line friends about a crazy scenario that has confused her tremendously this week.  I hope I don’t regret this post – if I do – you will see it disappear lol!…but maybe – just maybe someone is out there tonight praying and asking God for guidance and they aren’t getting a clear cut answer.  I know what you are feeling – you can’t always pause life and wait for something clear cut…sometimes you have to make decisions based on what God has done in your life in the past and move forward in faith.

I have to admit that I don’t feel great about my decision and that I honestly can’t say I’m 100% sure I made the right one – isn’t that wild that I’m that confused!  Well…I don’t even have anything profound to say to try to wrap up this post – I’m at a loss for words… I’m exhausted from this inner tug-of-war, I’ve been greatly humbled this week and if a 5th opportunity comes I might just take a leap lol! – yep those are the words of a conflicted girl aren’t they…

**Please note the updates to Angela’s story…I neglected to say that her first two attempts at skyping also fell through.  So after much prayer -(and sensing this was not God’s will for her), seeking her husband’s counsel and then the skype appointments falling through – she decided to not go forward.  After telling the production company “no” she has complete peace. 🙂