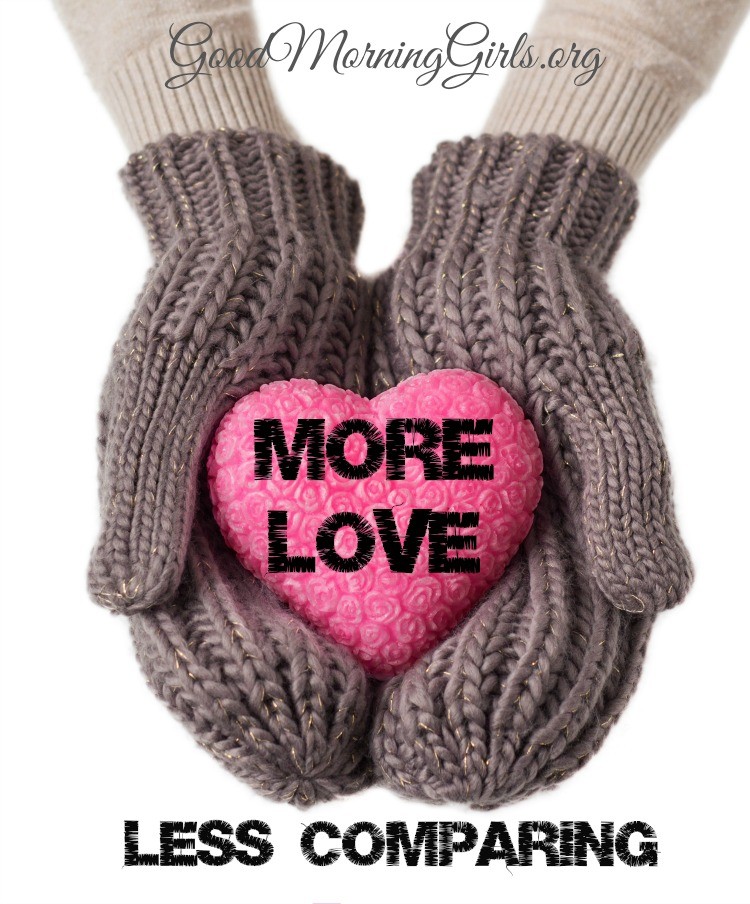 Have you experienced a mean girl in your life?

What we need in this world is more love and less comparing.  Competition can sneak up on us when we least expect it. Maybe someone else’s Facebook status leads us to envious feelings or someone’s new decorating makes us insecure about our home.  Maybe it’s the success of a sister or the failure of our own dreams that leads to insecurity or perhaps it’s too much time spent on Pinterest that leads to discontentment.

We must beware!  Competition leads to division and loneliness.

This week in Genesis we have two sisters that are about to engage in some serious mean girl jousting and even though one is said by scripture to be beautiful – this is ugly.

Last week, we read in Genesis where Jacob deceived his father into giving him his brother’s blessing.

In this week’s reading, we see what goes around comes around.  As Jacob is on the run from Esau who is furious with him, he meets a beautiful woman named Rachel and seeks her hand in marriage.

Now this story in scripture reads a lot like a soap opera.  Laban, Rachel’s father, conspires with his daughter Leah (the less attractive sister) to hand her over in marriage instead.

Just as Jacob used his father’s blindness to deceive him, Laban uses the cover of a veil to deceive Jacob.

So Jacob wakes the morning after his wedding and realizes he is married to the WRONG sister! And Laban replies:

“Complete the week of this one, and we will give you the other also in return for serving me another seven years.” Genesis 29:27

So one week later – boom – Jacob has two wives! That’s one too many and this is about to get REALLY messy.

Genesis 29 tells us that Jacob loved Rachel more than Leah and when the Lord saw this – he opened Leah’s womb and she gave birth to four sons.

“When Rachel saw that she bore Jacob no children she envied her sister.” (Gen.30:1)

Rachel tells Jacob “Give me children or I will die!” and Jacob responds in anger, “Am I in the place of God who has withheld from you the fruit of the womb?”

Rachel in her discontentment gives Jacob her maidservant Bilhah as a wife.  (we’ve see this before right? With Sarah and her maidservant Hagar.  One would think she would know this was not going to be a good solution but history repeats itself here.)

Let me insert here the fallacy of Rachel’s conclusions. She has manipulated this situation and is now trying to give God the credit. Aren’t we tempted to do this sometimes as well? We force open doors with our own hands and then say “God did this!”

Since this worked for Rachel – she does it AGAIN and Bilhah conceives again! And Rachel says,

“With mighty wrestlings, I have wrestled with my sister and prevailed.” (Gen. 30:8)

Beautiful Rachel’s ugly heart is revealed – she is wrestling and competing with her sister!

Now Leah concludes if Rachel can use a maidservant, then so can she!  Game on.  So she sends in HER maidservant Zilpah to Jacob and she conceives – twice!

Now Leah’s son brings in mandrakes from the field. These mandrakes were thought to be an aphrodesiac and promote fertility so Rachel begs to have them. Rather than putting her hope in God – once again – Rachel is putting her hope in an outside source.  Leah agrees to give the mandrakes to Rachel under one condition – she gets to spend the night with Jacob.  And so off to Jacob’s tent she goes. Leah conceives… two more times!

“Then God remembered Rachel; and God listened to her and opened her womb.  She conceived and bore a son.”

Whew – finally!!!  Finally, God helps Rachel – but do we see where discontentment, score keeping, jealousy and insecurity has led these two sisters?  It has turned them into enemies.  It has ripped this family in two. Their years were consumed with comparing rather than love.

Let me insert a thought here.

Judah is the family line through which Jesus would be born. And Levi was the head of the priestly tribe.  Had Jacob accepted his first marriage with Leah and not chased after the woman who was so beautiful on the outside, God’s promises would have been fulfilled through Leah and her sons.  We see God’s great mercy and grace as he blesses Jacob unconditionally, despite his moral failures.

Now back to Rachel and Leah…

Jacob flees from Laban in Genesis 31 and Rachel – the beautiful one – steals her father’s idols. Awesome. Then her father comes looking for them in her tent and she sits on them and refuses to move using menstruation as an excuse. A lie. Double awesome.  While she begs God to hear her prayers, we see her unfaithfulness to Him.

But God – in his great mercy and grace…helps Rachel conceive again but this time there is less celebration. Genesis 35:16-20 says:

Then they moved on from Bethel. While they were still some distance from Ephrath, Rachel began to give birth and had great difficulty. 17 And as she was having great difficulty in childbirth, the midwife said to her, “Don’t despair, for you have another son.” 18 As she breathed her last—for she was dying—she named her son Ben-Oni. But his father named him Benjamin.  19 So Rachel died and was buried on the way to Ephrath (that is, Bethlehem). 20 Over her tomb Jacob set up a pillar, and to this day that pillar marks Rachel’s tomb.

Early on in Rachel’s life she cried to Jacob “Give me children or I will die!” and now, ironically – God grants her desires for a child and it leads to her death.

Rachel had beauty and love but she did not enjoy her life. She wasted it by always comparing herself to her sister.  She pushed away a relationship that could have been a blessing and in her dying, ended up alone.

Scripture says she was buried there along the side of the road as they journeyed. But both Jacob and Leah would be buried in the cave with Sarah and Abraham (Gen. 49:31-33).

In the end, Rachel is alone.

Love comes from the Lord. As we continue to read in God’s word, morning after morning, day in and day out, week in and week out, month in and month out, year in and year out, the joy of the Lord and his peace fills us with contentment.

Then we are able to love well – despite the temptations of jealousy.

Then we are able to love well – despite the temptations of insecurity.

Then we are able to love well – despite the temptations to compare.

Is there someone in your life that you are comparing yourself with today? Is it hurting that relationship?  (I can answer that for you – yes!)

Will you accept that God’s will for your life – your skill set, your circumstances, your husband, children, and home are all in His hands?

Let’s remember that manipulating circumstances as Rachel did, rather than trusting in God, will only lead to more trouble in our lives.

Let’s Confess this struggle to the Lord and ask Him to heal us and make us whole – holy devoted to Him.

Often times God does not give us a bridge to avoid