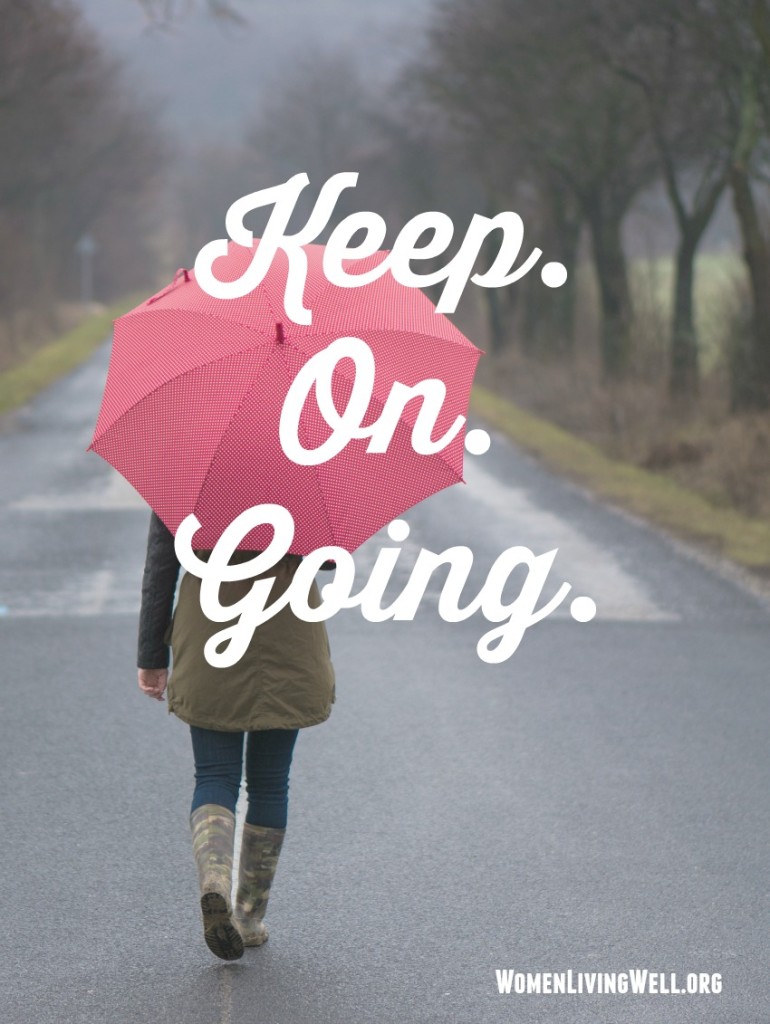 If there is one thing I’ve learned through on-line ministry over the last 8 years, it’s that no matter what I face day to day, month to month and year to year – I must keep on going.  There have been so many times I’ve felt too tired, too drained, or just plain not good enough to go on…and then somehow – through the power of God – I’ve kept going.

There have been seasons when I’ve considered… “maybe now it’s time I throw in the towel” or “go silent”.  Too much spiritual warfare, too many personal failures, and a lack of faith gets the best of me and I start to doubt my call.

This week’s reading in Numbers chapter 20 is very near and dear to my heart as it speaks life into this weary soul of mine…and I hope it does the same for you.

No matter what you are facing – do not give up!

I’ve fallen in love with Moses through our last few studies of him in Exodus, Leviticus and now Numbers.  This meek man, who walked more intimately with God than any other on the earth, led a group of complainers through the desert.  Time and time again – he stood between God and his people – the Israelites – and begged God for mercy on His own people.  God heard his cries and saved them.

And then we come to Numbers chapter 20.  I see the pain and strain that Moses has endured after nearly 40 years of wandering in the desert.

At the start of this chapter, his sister Miriam dies.  Miriam had watched him be placed in a basket as a baby and followed the basket down the river, all the way into the arms of Pharaoh’s daughter.  Miriam had the courage to speak up and ask if she could find a Hebrew nurse for her baby brother Moses!  Sweet Miriam was a good big sister (despite her mess up in Numbers 12. 😉 )  She was always at his side as they courageously crossed the Red Sea and crossed the desert.

Then as he moves on from mourning, the people begin once again to complain. This time, they complain about the lack of water and Moses messed up big time.

God told him to speak to the rock, to bring forth water and in his anger and frustration he struck the rock…twice…and water came forth.

Moses faced public failure when he disobeyed God by striking the rock. God was not pleased and as a consequence, God said Moses would not be the one to lead the Israelites into the Promised Land.

Oh Moses was SO close.  This breaks my heart.  He was almost there…but he failed.

All of the people saw his failure.

But…Moses did not give up.  He kept on going despite his failure.

Moses continued to lead his people toward the Promised Land and faced a new conflict with the Edomites, as they would not allow the Israelites to pass through their land.

Then, following the loss of his sister – his brother, Aaron, began dying.

This is almost too much for me to bear.  The loss of his sister followed by his brother just breaks my heart!  Moses goes up the mountain, lays his brother to rest, disrobes Aaron, places Aaron’s priestly garments on Aaron’s son Eleazar and comes back down the mountain.

Moses must have been exhausted and emotional from all that he had just gone through.

Moses had just faced two deaths, two conflicts, and a moral failure in front of all of his people.

And what does he do next?

He picks up his staff and keeps on going!

He gets back to work, leading his people!

Oh dear reader, are you tired and weary and scared and have you failed and flopped for others to see.

Are you battered emotionally from the people around you and has serving others and serving God grown too hard?

Have you lost a loved one…or two and wonder if you can face another day without them?

Do not give up!

Take strength from Moses’ faith.  In just one small chapter of God’s Word he faced so much pain, heartache, loss and failure — but then I look ahead to chapter 21.  And there he is again!!!  Seriously – you can’t keep a good man down.  The people continued to complain about their food and water and Moses once again will pray for his people and continue to fight for them and lead them.

The Christian life is one of falling down and getting back up again.

The Christian life is one of set backs and failures and faithful following and victory.

He did not press on to get to the Promised Land – he had already lost that.

He did not press on to get the honor of the people – he had already lost that.

He pressed on because he had an intimate walk with God.

He pressed on because he knew there was victory after death.

He pressed on because he knew that his labor was not in vain.

The sting of death is sin, and the power of sin is the law.

But thanks be to God,
who gives us the victory through our Lord Jesus Christ.

Therefore, my beloved brothers,
be steadfast, immovable, always abounding in the work of the Lord,
knowing that in the Lord your labor is not in vain.

May we remain steadfast, immovable, always abounding in the work of the Lord, knowing that in the Lord, our labor is not in vain.

Is something holding you back or making you feel like quitting?

How does Moses’ life inspire you?

What else did you learn in your Bible Study this week?

Then this Rest and Release Bible Study is for you!
Find all of the free resources HERE.

The Bible Study is available on Amazon
in paperback here and Kindle here. 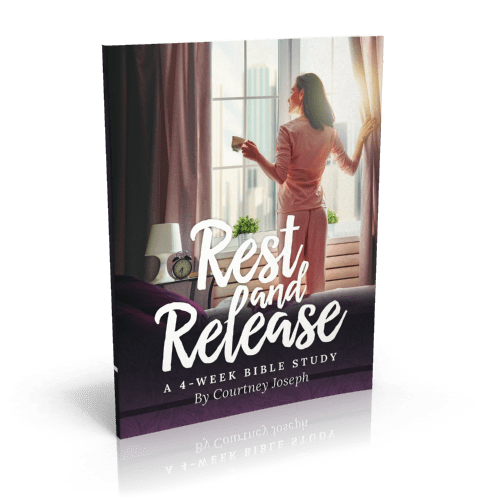 ❄️Have You Ever Experienced an Ephesians 3:20?