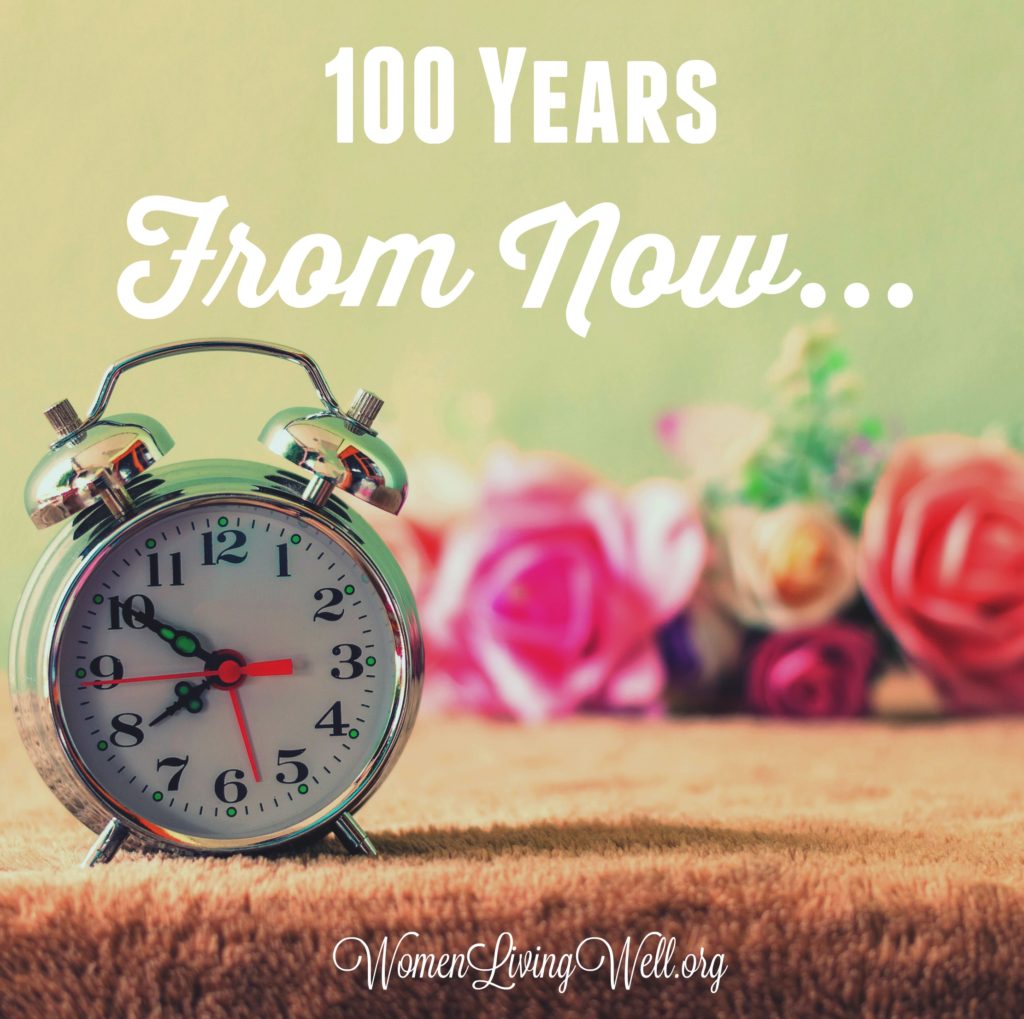 Demands on our time are continually coming at us from every side.  Important dates, urgent needs and lengthy to-do lists lead us to believe that everything we do – matters.  But does it all really matter?

Rather than reading another self-help book to figure it out – perhaps we can sum it all up by answering this question:  What are we doing today that will matter in 100 years?

This week the Good Morning Girls studied Judges 11-15.  As we looked at the life of Samson in the book of Judges, we saw a very flawed man.

Samson was a Nazarite, separated to God, from the womb until the day of his death.  But Samson was constantly drawn away from the Lord into sin.  Samson’s godly parents must had agonized over his choice of women.  But God used Samson’s poor choices, for His glory in the end.

As Samson wrestled with his own sin – he continually chose his own ways over God’s ways.  When he was tempted, he chose darkness over light and in next week’s reading (Judges 16), we see that Samson’s sin led to total darkness, with his eyes being gouged out. But it was when he was left in total darkness, that Samson began to see the light!  He cried out to God one last time and God allowed his hair to grow and his supernatural strength returned.

28 Then Samson called to the Lord and said, “O Lord God, please remember me and please strengthen me only this once, O God, that I may be avenged on the Philistines for my two eyes.”

29 And Samson grasped the two middle pillars on which the house rested, and he leaned his weight against them, his right hand on the one and his left hand on the other.

30 And Samson said, “Let me die with the Philistines.” Then he bowed with all his strength, and the house fell upon the lords and upon all the people who were in it. So the dead whom he killed at his death were more than those whom he had killed during his life.
~Judges 16:28-30

Thousands of years later – this is how Samson is remembered.

He is remembered as a hero!

Friends, I don’t know how many times you have fallen down, or have made the wrong choice to walk in darkness but your story is not done.  If you will cry out to God to be delivered from whatever sin you are struggling with today – God will deliver you!

So much of what we do with our time will simply not matter in 100 years.  So ask yourself – what really matters? What are you doing today that will outlive your life?

Is there a secret sin that is keeping you captive and in darkness?

Jesus is the answer – He is the light of the world. He came to set you free (Luke 4:18,19).  Surrender yourself completely to Him today.

Let’s be women who live well and end well.