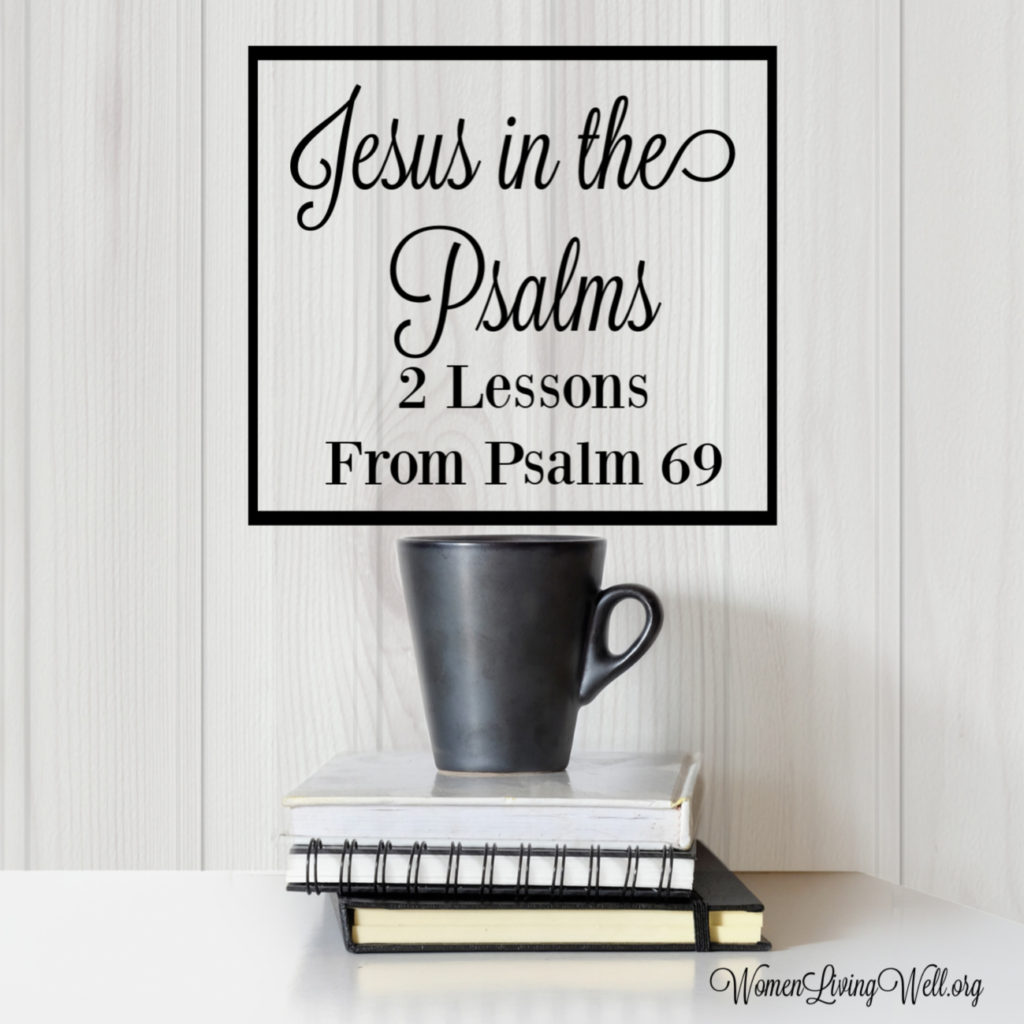 Did you know that the book of Psalms is the most quoted Old Testament book in the New Testament?

After Jesus rose from the dead and appeared to the disciples, he said these words:

44 “These are my words that I spoke to you while I was still with you, that everything written about me in the Law of Moses and the Prophets and the Psalms must be fulfilled.” (Luke 24:44)

These Psalms are called “Messianic Psalms”.

All of the Old Testament points to the coming Messiah, our Wonderful Counselor, the Mighty God, the Everlasting Father, the Prince of Peace, the Lord of Lords, our great Redeemer, the Good Shepherd, the Lion of the tribe of Judah, the final sacrifice – the Lamb of God!

Today’s post may be a bit more technical than my typical posts but I think it is going to be a blessing to see our Savior hidden in Psalms!

Psalm 22 is the most quoted psalm in the New Testament. The second most quoted Psalm is Psalm 69.  Psalm 69 is called an imprecatory Psalm because it speaks of suffering, a cry for justice and judgement.  So let’s take a look at Psalm 69 together and see what we learn about our Savior Jesus.

In Psalm 69, David is crying out to God for help because his enemies have overwhelmed him.  They hate him without cause and we will see that Jesus was hated without a cause as well.  David is zealous for God’s glory just as Jesus was when he was cleansing the temple and instead of praying for the salvation of his enemies – he prays for their destruction.  This is not an easy Psalm for believers today to digest since we are commanded to love our enemies but this was not a personal vendetta against his enemies.  David was seeking justice.  Let’s take a closer look at how it all ties into the New Testament and the life of Jesus.

1.) It was foretold that Jesus would be hated by the world.

Psalms 69:4 says: “More in number than the hairs of my head are those who hate me without cause.”

Whoever hates me hates my Father also. 24 If I had not done among them the works that no one else did, they would not be guilty of sin, but now they have seen and hated both me and my Father. 25 But the word that is written in their Law must be fulfilled: ‘They hated me without a cause.’

2.) It was foretold of how Jesus would cleanse the temple.

Psalms 69:9 says:  “For zeal for your house has consumed me, and the reproaches of those who reproach you have fallen on me.”

13 The Passover of the Jews was at hand, and Jesus went up to Jerusalem. 14 In the temple he found those who were selling oxen and sheep and pigeons, and the money-changers sitting there. 15 And making a whip of cords, he drove them all out of the temple, with the sheep and oxen. And he poured out the coins of the money-changers and overturned their tables. 16 And he told those who sold the pigeons, “Take these things away; do not make my Father’s house a house of trade.” 17 His disciples remembered that it was written, “Zeal for your house will consume me.”

3.) It was foretold that Jesus would suffer.

Psalms 69:9 says:  “For zeal for your house has consumed me, and the reproaches of those who reproach you have fallen on me.”

This prophecy was fulfilled in Romans 15:3.

For Christ did not please himself, but as it is written, “The reproaches of those who reproached you fell on me.”

4.) It was foretold of Jesus’ thirst on the cross.

Psalm 69:21 says: “They gave me poison for food, and for my thirst they gave me sour wine to drink.”

28 After this, Jesus, knowing that all was now finished, said (to fulfill the Scripture), “I thirst.” 29 A jar full of sour wine stood there, so they put a sponge full of the sour wine on a hyssop branch and held it to his mouth. 30 When Jesus had received the sour wine, he said, “It is finished,” and he bowed his head and gave up his spirit. (John 19:28-30)

5.) It was foretold of what becomes of Jesus’ adversaries.

Psalm 69: 22-23 says: “Let their own table before them become a snare; and when they are at peace, let it become a trap. Let their eyes be darkened, so that they cannot see, and make their loins tremble continually.”

5 So too at the present time there is a remnant, chosen by grace. 6 But if it is by grace, it is no longer on the basis of works; otherwise grace would no longer be grace.

7 What then? Israel failed to obtain what it was seeking. The elect obtained it, but the rest were hardened, 8 as it is written,

“Let their table become a snare and a trap,
a stumbling block and a retribution for them;
10 let their eyes be darkened so that they cannot see,
and bend their backs forever.”

6.) It was foretold of Jesus’ betrayal by Judas and the desolation of his camp.

Psalm 69:25 says: “May their camp be a desolation; let no one dwell in their tents.”

15 In those days Peter stood up among the brothers and said, 16 “Brothers, the Scripture had to be fulfilled, which the Holy Spirit spoke beforehand by the mouth of David concerning Judas, who became a guide to those who arrested Jesus. 17 For he was numbered among us and was allotted his share in this ministry.” 18 (Now this man acquired a field with the reward of his wickedness, and falling headlong he burst open in the middle and all his bowels gushed out. 19 And it became known to all the inhabitants of Jerusalem, so that the field was called in their own language Akeldama, that is, Field of Blood.)

20 “For it is written in the Book of Psalms,
“‘May his camp become desolate,
and let there be no one to dwell in it’;

and “‘Let another take his office.’

When our faith is shaken, we can wonder if everything we read in scriptures is true and sure.  Seeing Jesus in the Psalms reminds me of how faithful God is to not only fulfill prophecy from hundreds and thousands of years ago through Jesus, but also that the future prophetic words we read in scripture — are sure to come as well!

18 If possible, so far as it depends on you, live peaceably with all.19 Beloved, never avenge yourselves, but leave it to the wrath of God, for it is written, “Vengeance is mine, I will repay, says the Lord.” 20 To the contrary, “if your enemy is hungry, feed him; if he is thirsty, give him something to drink; for by so doing you will heap burning coals on his head.” 21 Do not be overcome by evil, but overcome evil with good. (Romans 12:18-21)

What God says he will do…

Rest in these truths today and keep believing!

The Psalms 51-100 Journal is
Available on Amazon. 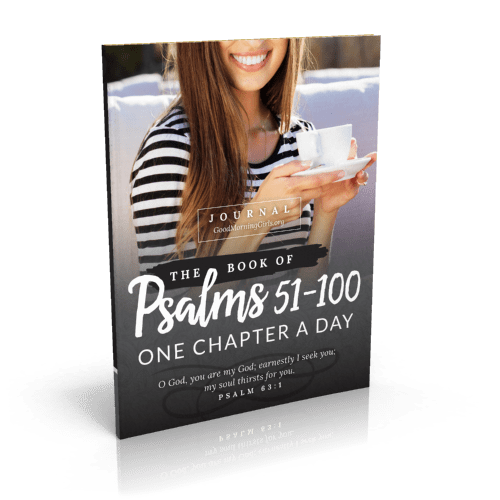 This is an affiliate link.

Often times God does not give us a bridge to avoid