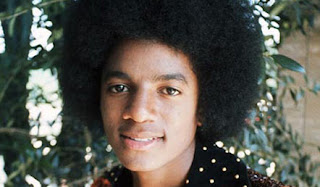 Tomorrow a mother will bury her son – a tragedy. Michael Jackson’s memorial service is scheduled to take place at the Staples Center in Los Angelos. It is a tragedy to see a man die at the young age of 50. It is a tragedy to see an amazing artist in such physical pain that he begs for strong medication. It is a tragedy to see a man worth millions of dollars die 400 million dollars in debt.
The AP (American Press) reports:
After selling more than 61 million albums in the U.S. and having a decade-long attraction open at Disney theme parks, the “King of Pop” died Thursday at age 50 reportedly awash in about $400 million in debt,One of Jackson’s shrewdest deals at the height of his fame in 1985 was the $47.5 million acquisition of ATV Music, which owned the copyright to songs written by the Beatles’ John Lennon and Paul McCartney. The catalog provided Jackson a steady stream of income and the ability to afford a lavish lifestyle.
He bought the sprawling Neverland ranch in 1988 for $14.6 million, a fantasy-like 2,500-acre property nestled in the hills of Santa Barbara County’s wine country.In March of last year, the singer faced foreclosure on Neverland. He also repeatedly failed to make mortgage payments on a house in Los Angeles that had been used for years by his family. *Associated Press 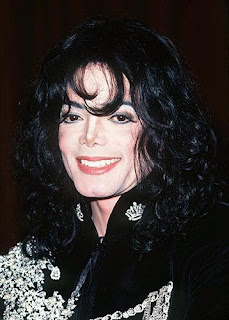 61 million records he sold! This man had it all – talent, fame, and fortune. As you can see from one photo to the next he was dissatisfied with his looks – so he altered them (a picture is worth a thousand words!). As we can see from the financial reports he was dissatisfied with his wealth – he overspent to the point of going 400 million dollars in debt. The hundreds of millions of dollars he earned was not enough for him – he was compelled to want more.
The traps that Michael fell into are the same traps we fall into…we think we will be satisfied if we just weighed a few pounds less, had a bigger or smaller cup size, if we just had that new house, that new car, that new outfit, that new purse.
The truth is the girl with the $500 shoes and Prada purse over her shoulder may look impressive, but that purse still holds junk – every person deals with secret pain – dissatisfaction – the desire for something more to fill that inner emptiness!
But Paul says in I Timothy 6:6-9:”But godliness with contentment is great gain. For we brought nothing into the world, and we can take nothing out of it. But if we have food and clothing, we will be content with that. People who want to get rich fall into temptation and a trap and into many foolish and harmful desires that plunge men into ruin and destruction. For the love of money is a root of all kinds of evil. Some people eager for money, have wandered from the faith and pierced themselves with many griefs.”
Notice this verse does not point out folly in being rich but in the person who “wants to get rich”. It is a trap that leads to destruction and griefs and it all starts with discontentment – not being fully satisfied in God. How can we find contentment in America where the majority crave for more more more? Our culture screams at us that we need more – and sometimes our prayers turn God into a heavenly pinata as we beg him to give us even more.
Did you have leftovers last night? Be thankful – that means God has given you food in abundance. Are you exhausted with overflowing laundry baskets? Be thankful – that means God has given your family clothes in abundance. Are your closets a mess and need reorganized – be thankful – that means God has given you things in abundance. Is your housework overwhelming? Be thankful God has given you a home to clean. If your family makes $50,000 or more, you are wealthier than 99% of the entire world (World Vision Statistic). One reason we Americans pursue more is because we idolize pop stars, movie stars and television stars who literally have so much more. All of the overspending both in our private lives and in the government are destroying our country.
Contentment is a spiritual issue – not a money issue. Contentment is not about how much money you have – contentment is learning to see money as God does. Contentment is learning to see God as He is and to trust in Him alone. Let this free you – money IS NOT the key to contentment – as we see clearly in Michael’s case. The secret to contentment is finding satisfaction in God alone – then any extras are simply a cherry on top.
“Godliness with contentment is great gain.” Pursue God – pursue contentment – and you will have more than an infamous multi-million dollar man ever had.
Walk with the King!

Are you worried about something today? Thoughts th

Sometimes when it seems that God is not speaking,

You are never alone. God’s eyes are always on yo

God is always speaking; all we have to do is start

This child born in Bethlehem, the Saviour of the w

Have you ever had a friend, who when you go to the