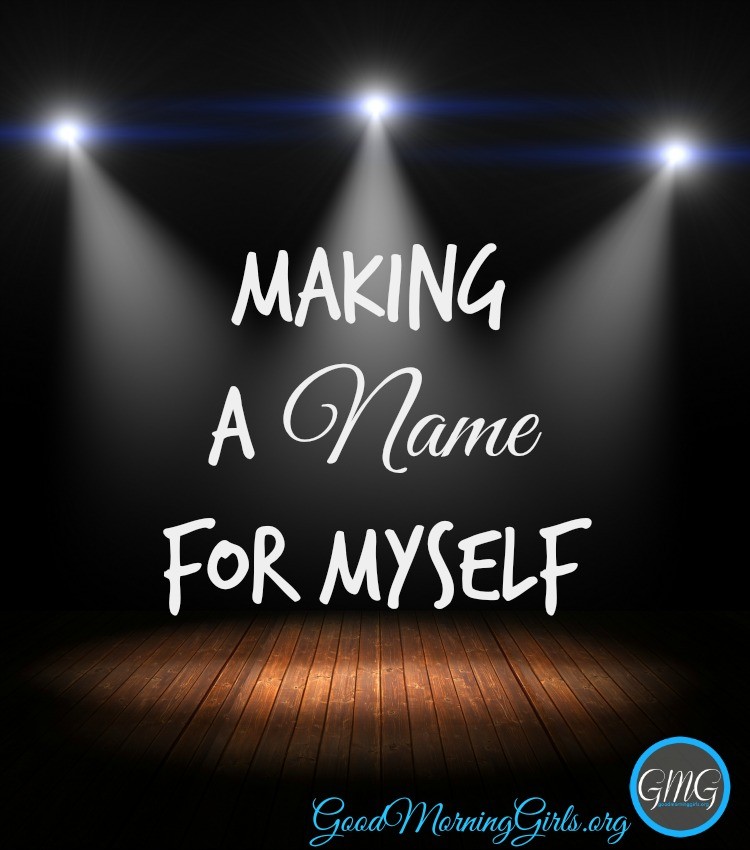 In a world of selfies, overnight Youtube sensations, reality television and television competitions that lead to millions of dollars and singing contracts – making a name for ourselves seems almost normal. Everybody’s doing it – right?

I mean, let’s be honest, I’m a blogger.  I am not a wall flower.  My name and face are not hidden here. So what keeps me from not trying to use this platform to make a name for myself?

1 Now the whole earth had one language and the same words. 2 And as people migrated from the east, they found a plain in the land of Shinar and settled there. 3 And they said to one another, “Come, let us make bricks, and burn them thoroughly.” And they had brick for stone, and bitumen for mortar.  4 Then they said, “Come, let us build ourselves a city and a tower with its top in the heavens, and let us make a name for ourselves, lest we be dispersed over the face of the whole earth.”

5 And the Lord came down to see the city and the tower, which the children of man had built. 6 And the Lord said, “Behold, they are one people, and they have all one language, and this is only the beginning of what they will do. And nothing that they propose to do will now be impossible for them. 7 Come, let us go down and there confuse their language, so that they may not understand one another’s speech.”  8 So the Lord dispersed them from there over the face of all the earth, and they left off building the city. 9 Therefore its name was called Babel, because there the Lord confused the language of all the earth. And from there the Lord dispersed them over the face of all the earth.

First, we see the people had decided to build a city and a tower. Why?

To make a name for themselves.

How did God humble them?

He confused them by confusing their languages.

…and that was the end of their prideful endeavor.

Notice – their very tall tower was not so tall to God. God had to go way down, to deal with these people! Lol!

We live in a world of building, climbing, dreaming, reaching, pursuing, pushing, shoving, and clawing for the top.  We are a busy, tired, pressured, stressed, frazzled, scared people.

But we see a huge irony in this passage of scripture.  Notice in verse 4 the people say – “let us make a name for ourselves, lest we be dispersed over the face of the whole earth.”

Then God comes along and in verse 9 He…”dispersed them over the face of all the earth.“

Do we see how counterproductive it is to build a tower if the Lord’s will is not in it?

“Unless the Lord builds the house, those who build it labor in vain.” ~Psalm 127:1

Is it wrong to build a tower (or in our case a home, a business, a blog, a career)?

Is it wrong to build a very tall tower (or in our case a home, business, blog or career)?

Can we tell by looking at someone else’s tower why it was built?

No.  Only the Lord knows the intentions of a man’s heart.

Is it wrong to build a tall tower to make a name for ourselves?

As children of God, all towers (homes, businesses, blogs or careers) must be done for God’s glory otherwise the ambition behind the pursuit is pride filled and displeasing to God.

When I began blogging it was with the purest intent. My hearts desire was to follow the great commission and make disciples.  I wanted to be an authentic mom and wife and encourage other women in their walk with the King.

But somewhere along the way – I began to face serious confusion.  New friendships and new opportunities confused me.  Who should I say yes to?  Who can I trust?  Is this opportunity from God or am I causing some of this to happen and outside of God’s will?  Am I doing too much? Am I doing too little? Am I depending on my own abilities or am I depending on God?

Just as God used confusion to humble the builders of the tall tower, God has used confusion time and again in my life to keep me humble.  If he showed me the 5 year plan, I would probably become prideful. I wouldn’t need to depend on him.  Instead, He has me on the “day to day” plan. Lol! He reveals just what I need for today and I have to trust that tomorrow, He will continue to guide me.

Women of our generation have more choices than any of the past generations.  Choices are a blessing. But choices bring confusion. We do not want to be so busy building our own kingdoms, that we miss seeking God’s kingdom first.

In Acts 16, Paul and Silas are in jail singing praises to God when all the locked doors of the jail fly open…and Paul and Silas do not walk through the open doors.  It was God’s will for them to stay right where they were and lead the jailer and his whole family to salvation.

Sometimes doors will open for us – this does not mean we need to walk through them.

I have had various doors open for me through out the blogging years that were clearly not God’s will for me. They were tempting because they would have made my name – greater.  I had to stay put and not walk through those doors.  It was hard!  But it was right. Other times, God clearly made  a path for me.  Like the parting of the Red Sea, it was so obvious, I walked confidently forward on dry land and He got all the glory!

It is hard to know when God is opening the doors or when we are forcing doors open but through humility and walking with God daily in His word and prayer – God is faithful to reveal is way to us.  He removes confusion and gives peace as He directs and guides us.

As we go forward in our week, let’s be women who are known – not for exalting ourselves but for exalting the King of Kings and the Lord of Lords. Let’s be builders of His kingdom.

“God highly exalted Him, and bestowed on Him the name which is above every name, so that at the name of Jesus every knee will bow, of those who are in heaven and on earth and under the earth, and that every tongue will confess that Jesus Christ is Lord, to the glory of God the Father.” Philippians 2:9-11 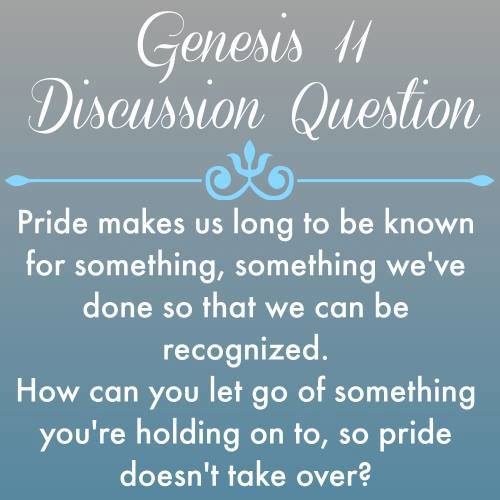