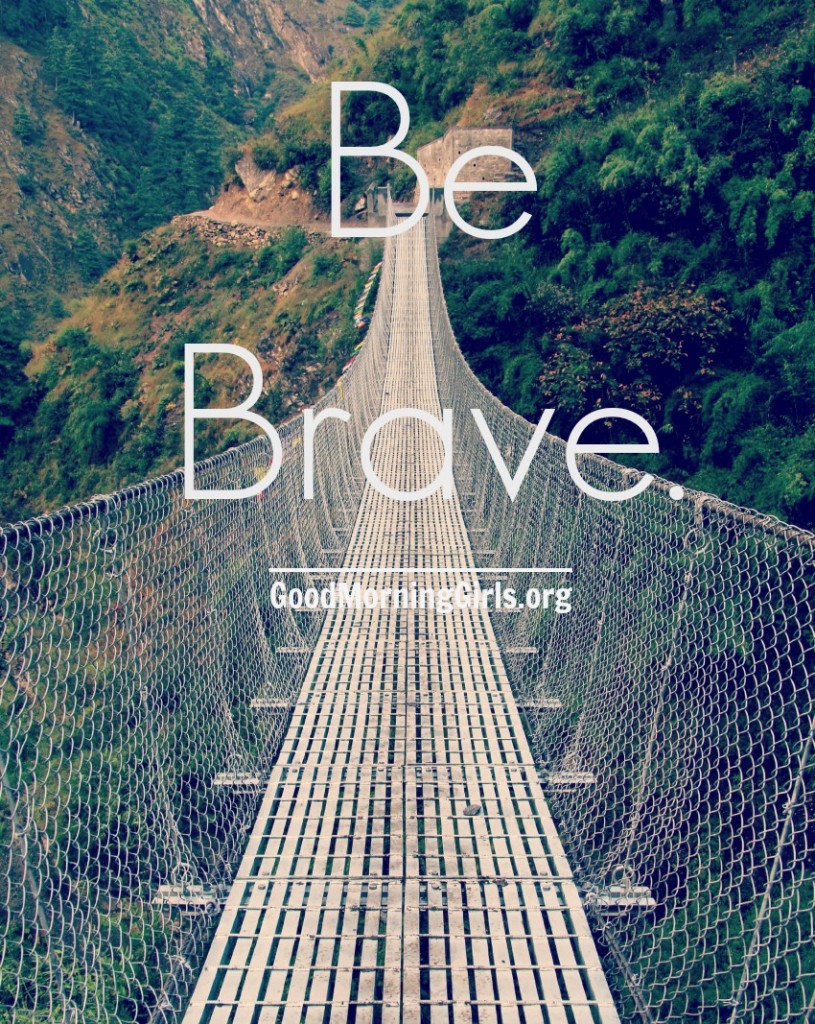 When we think of the beginning of the story of Moses, we typically think of a baby in a basket floating on the Nile.

But as we begin our reading through Exodus, we see 5 women – in the midst of a crisis, courageously standing against the violence of the culture surrounding them.  God used these seemingly insignificant women to protect and nurture the man that God would use to deliver his people.

These women put a hand in the face of injustice and evil and said – No.

Let’s take a look at these brave women from Exodus 1 & 2.

The names Shiphrah and Puah rarely make the Sunday School version of this story but they were Hebrew midwives, commanded by Pharaoh –the King of Egypt, to kill all the baby boys as they were born.

“But the midwives feared God and did not do as the King of Egypt commanded them.” ~Exodus 1:17

Is anyone else pumping their fist in the air and cheering for the midwives -yes – yes – yes!  They chose life!  Their bravery set into motion the deliverance of Israel!   These women knew their God and trusted in Him.  Had their plan been discovered, the cost may have been their lives but with a steadfast conviction, they did what was right.  And they were blessed.

Oh Christian women, may we fear God only, in the midst of a dark culture and take a stand for what is right.

Exodus 1:21 says, “Because the midwives feared God, he gave them families.”

She was already a mother of two and now pregnant again. I can only imagine the sort of fears she must have felt as she wondered – will I birth a boy or a girl?  And then the baby was born and the crushing blow…it’s a boy.

Courageously she hid her baby for 3 months and when she could no longer hide his cries…she prepared a basket…and put her tiny newborn into it.

She let go of the basket.

She released her little boy.

She stepped away and trusted God.

And my momma heart breaks imaging this scene – the exhaustion of 3 months nursing her newborn –trying to hide his cries, living day and night in fear…now released into the loving hands of God.

A picture of courage in the face of fear and opposition.

Following her brother’s basket down the river would have been only natural for a big sister to do. Running, peeking, keeping an eye on the basket as it floated down among the reeds.

And when the basket arrived in front of Pharoah’s daughter – this little girl Miriam had the mind and wit about her to speak up!

“Shall I go and call you a nurse form the Hebrew women to nurse the child for you?” (Ex.2:7)

And then something amazing happens!  Pharoah’s daughter pays Moses’ mother to nurse him! Do you know anyone who is paid to nurse their own child? That’s our God – only hours earlier Moses’ mother released him down the Nile and now her baby boy was back safely in her arms.

Miriam, full of bravery,  spoke up at just the right time and now the fear was gone as Pharoah’s daughter’s protection surrounded this boy.

She would have been well aware of her father’s edict to kill the Hebrew baby boys and she would have recognized the baby in the basket, as a Hebrew.  But with compassion, she used her power and privilege to save Moses.

This would have taken courage as well, as I am sure there were those in the palace who greatly disapproved of her choice, but the education and training Moses received under her care would prepare Moses to lead the Israelites.

God was sovereignly protecting Moses using each of these brave women in His life.

Our stories may not seem grand. We are not hiding babies, parting the red sea or fighting mighty armies. But we see in this story God used 5 unlikely women – women like you and me, to accomplish His purposes.

These 5 women: Shiphrah, Puah, Miriam, Moses’ mother and Pharoah’s daughter –all had reason to give way to fear…but they did not.

May the same be said of us.

Be Brave and Walk with the King.

**Chime In**
1.)  Is God tugging on your heart right now in an area where he is calling you to be brave?   Be brave and share that with us 😉

2.) What is one thing you have learned this week through your reading, SOAKing and coloring of Exodus 1-5?

Wisdom is more than just knowledge. It is the abi

Like a man who is thirsty in a dry desert land, Da

“Love is patient, Love is KIND. It does not envy

Celebrate🎉 ! We completed our study through th

👏🏻Today we complete our study through the ve

Good Morning Girls! ⏰☀️. Today we are in #Is