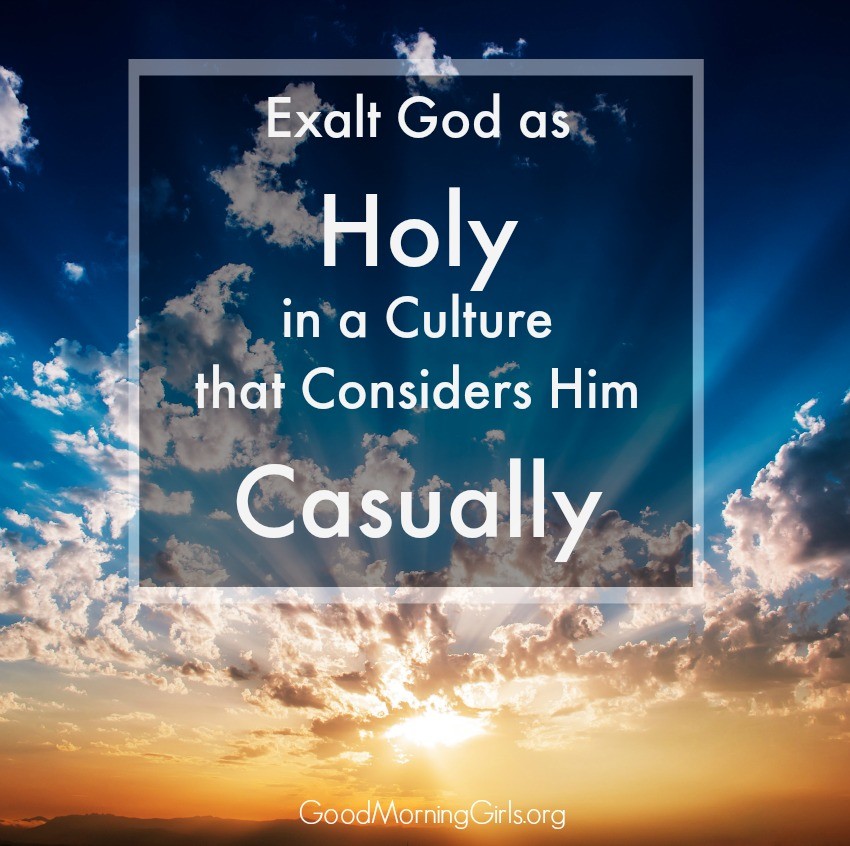 We live in a culture that considers God and His word – casually.

Let’s take a look at Leviticus 9 and 10 and see how God responds to two men who did the same.

It was a huge day.  Aaron had done all the Lord commanded and made an offering before the Lord that had been accepted.  Leviticus 9:23,24 says: 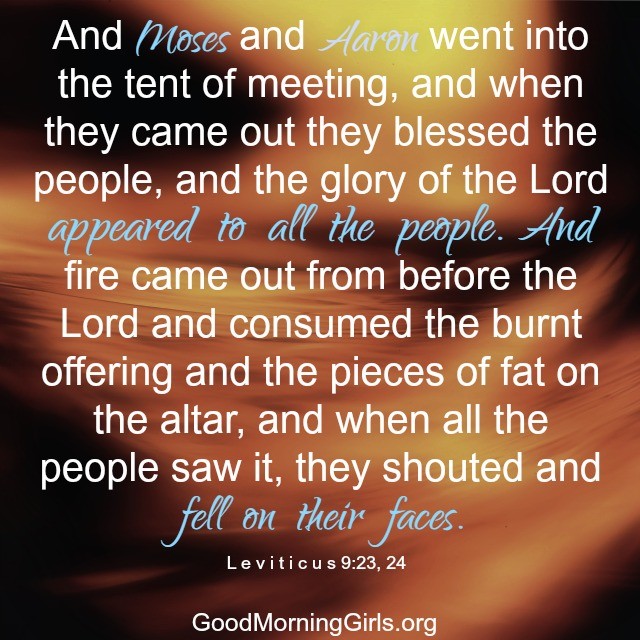 The glory of the Lord appeared to all the people and the fire, from the Lord, consumed the offering.  When all the people saw it, they shouted and fell on their faces!  Awesome!

Then as Leviticus 10 begins, we are introduced to Aaron’s sons – Abihu and Nadab.

These sons would have been highly honored and noble men.  The oldest would be next in line to take on the role of High Priest.  Their uncle was Moses.

“Then Moses and Aaron, Nadab, and Abihu, and seventy of the elders of Israel went up, and they saw the God of Israel. There was under his feet as it were a pavement of sapphire stone, like the very heaven for clearness.”

You read that right – these men had the privilege of going with Moses and Aaron and the 70 elders of Israel to see God Almighty!

They were good and noble men.  They were not wicked or disobedient.  But then this happened…

Now Nadab and Abihu, the sons of Aaron, each took his censer and put fire in it and laid incense on it and offered unauthorized fire before the Lord, which he had not commanded them. And fire came out from before the Lord and consumed them, and they died before the Lord.
Leviticus 10:1,2

It was the first day of their priesthood.  It would have been an incredibly exciting day…but there was a quick turn of events.

In a short moment, Nadab and Abihu offered unauthorized fire before the Lord and the fire that had consumed the sacrifice only one day before —consumed Nadab and Abihu – and they died.

No one knows for sure why they treated God so casually and offered unauthorized fire but in Leviticus 10:8,9 it says:

And the Lord spoke to Aaron, saying, “Drink no wine or strong drink, you or your sons with you, when you go into the tent of meeting, lest you die.

Perhaps they were drunk.

And then Moses explains to Aaron why Nadab and Abihu died:

This is what the Lord has said: ‘Among those who are near me I will be sanctified, and before all the people I will be glorified.’”

Glorified means: to honor or exalt.

Nadab and Abihu had failed to exalt God as holy.

And I can’t help but to wonder if the church today treats God and his commands too casually.

I see it out on social media – the Christian debates.  Areas that are clearly black and white in scripture have some how been twisted into gray.  Political correctness and a desire to “fit in” to the trending culture has seeped into the church.

Lack of Biblical literacy is weakening the church.  Because let’s be honest…who really wants to study verse by verse, chapter by chapter the entire Bible – that could take years right?  We are a busy people – who has time to really study the Holy Bible – line by line, to be careful to live according to all that is written in it.

God’s word is no longer exalted as the final say.

God’s word is not treated as holy even by His own children.

I remember when the Bible used to be referred to as the “Holy Bible”.  I don’t hear people say that much today.

And perhaps we feel like God was a little too harsh on Nadab and Abihu.

“We are so accustomed to grace.

Like the Israelites…we need God, ask for grace, receive it, forget it, and go back to sinning–despising God’s holiness without fear of his judgment.”

Have we taken advantage of God’s grace?

Are we so used to receiving forgiveness easily that we have treated God’s holiness casually?

Nadab and Abihu were so, so secure in their position.

Why would they have any reason to believe such a harsh consequence could take place?  They had been honored in front of all the people. They were leaders.  Why did God care where the fire came from? Wasn’t that a small detail?

It was not. God had clear commands and they disobeyed them and faced judgement.

He is a God of mercy…and justice.

He is a God of love… and wrath.

He is a God of eternal life… and eternal condemnation.

We love to focus on God’s mercy, love and eternal life.  That is trendy.

It is not trendy to focus on God’s justice, wrath and eternal condemnation.  But it’s equally as real.

As we saw in Leviticus 9, we cannot approach God without the shedding of blood.  God judges sin with fire.

Here are 5 Ways to Exalt God:

1.) Declare – God is holy.  He is absolutely separate from us. He is pure and to be exalted above all.

3.) Leaders should never be so secure in their “position” before man that they become prideful and careless.

Not many of you should become teachers, my brothers, for you know that we who teach will be judged with greater strictness.
~James 3:1

4.) Wisdom and discernment lead to holiness. We must be able to distinguish good from evil, truth from lies, and holiness from political correctness.

You are to distinguish between the holy and the common, and between the unclean and the clean, and you are to teach the people of Israel all the statutes that the Lord has spoken to them by Moses.”
~Leviticus10:10,11

5.) Exalt the name of the Lord and give thanks for the shed blood of Jesus, that covers our sins.

“To him who sits on the throne and to the Lamb
be blessing and honor and glory and might forever and ever!”
~Revelation 5:13

May we be a group of women who exalt the name of God as holy and seek to obey his commands daily.

Do you agree that the culture has shifted toward considering God casually?  How have you seen this around you?  How can we live differently?

What has God taught you this week in your personal quiet times?