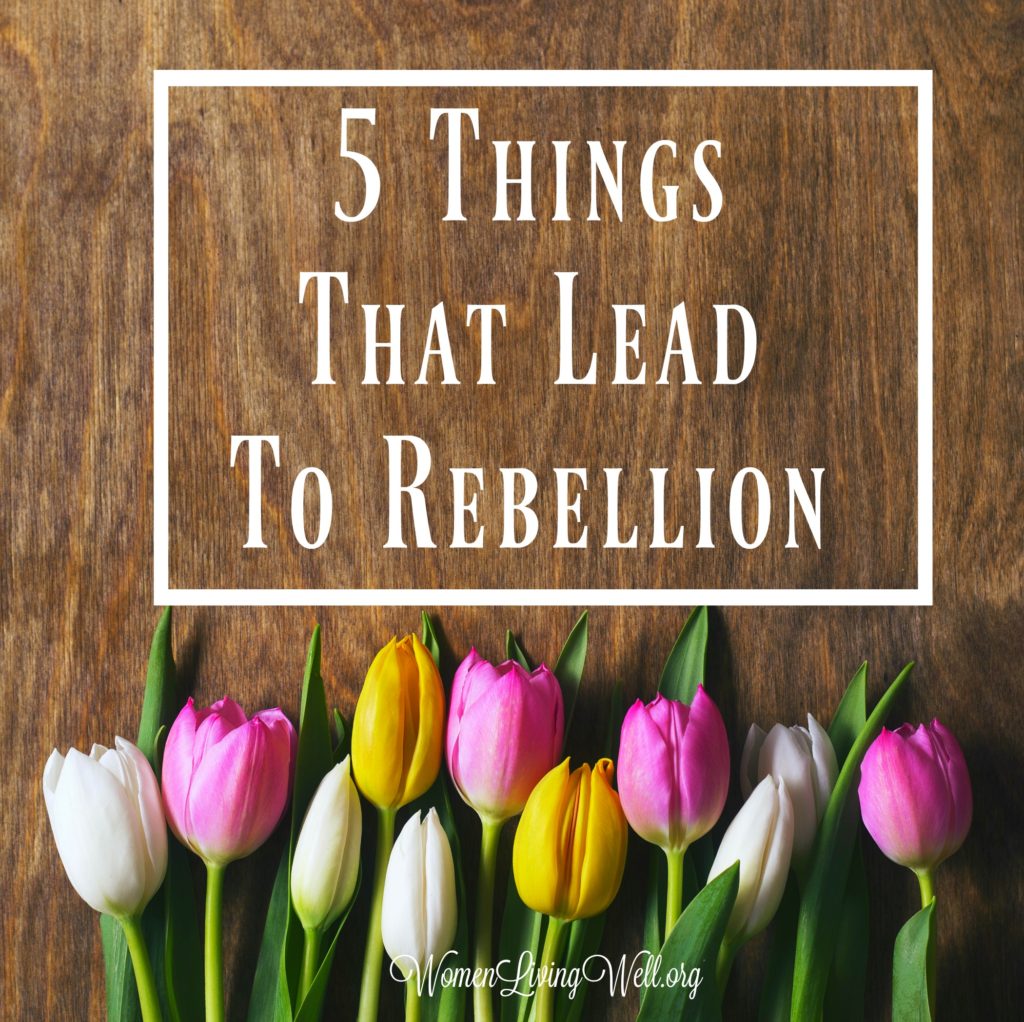 Rebellion is the act of resisting authority.  It is defiance, open resistance and bold disobedience. And those who rebel against God – cannot win.

We see through out scripture, stories of those who rebelled – starting with Satan himself.  Ezekiel 28 tells us that Satan was a beautiful angel but his heart grew proud because of his beauty.

You were in Eden, the garden of God;
every precious stone was your covering,
sardius, topaz, and diamond,
beryl, onyx, and jasper,
sapphire, emerald, and carbuncle;
and crafted in gold were your settings
and your engravings.
On the day that you were created
they were prepared.
14 You were an anointed guardian cherub.
I placed you; you were on the holy mountain of God;
in the midst of the stones of fire you walked.
15 You were blameless in your ways
from the day you were created,
till unrighteousness was found in you.
16 In the abundance of your trade
you were filled with violence in your midst, and you sinned;
so I cast you as a profane thing from the mountain of God,
and I destroyed you, O guardian cherub,
from the midst of the stones of fire.
17 Your heart was proud because of your beauty;
you corrupted your wisdom for the sake of your splendor.
I cast you to the ground.
(Ezekiel 28:13-17)

After Satan’s fall, he tempted Adam and Eve and they fell too.  And the rest –is history. Rebellion and pride are now in the heart of every person. We are all capable of it.

If you have a rebellious child, you know the heartache of rebellion.  You know the pain and frustration of watching your child ignore good wisdom and take a self-destructive path.

And so that brings us to today’s story in 2 Samuel.  King David had a very handsome son named Absalom. Here is how he is described:

In 2 Samuel 14, we see a handsome prince, whose life was full of hope with a good future, throw it all away, as his ambition for more, led him into rebellion against his own father.

Absalom wanted his father’s throne so badly, he was willing to kill his father to get it!

What led to Absalom’s Rebellion?

Here’s 5 Things That Lead to Rebellion

1.) There was anger and bitterness, in his heart, towards his father.

Absalom’s brother had raped his sister and his father knew, but did nothing about it.  As a result, Absalom felt the need to avenge his sister by killing his brother.  After he killed his brother, he ran away for 3 years (and was banished for 2 more) and during those years, his heart grew more and more bitter.

Injustice can make a heart grow angry and bitter.  Some anger is right and good especially when it is against something that is morally wrong.  But the way we express that anger can be sinful. Absalom should have gone to his father and discussed the issue rather than shoving it under the rug and stewing on it.  Once bitterness takes root in our hearts, it always leads to sin. We must trust God to take revenge on those who have hurt us and others, rather than taking matters into our own hands.

2.) He did not have the patience to wait for the throne.

If Absalom would have waited patiently, he would have inherited the throne.

Absalom killed his oldest brother Amnon for raping his sister. While this seemed good that he avenged his sister, perhaps he had ulterior motives because this put him next in line for the throne.  Perhaps he feared that Solomon, born to Bathsheba, would be favored over him.  His fear and lack of patience, led to his demise.

Most good things in life do not come quickly or easily.  We must be willing to patiently wait for God to open doors and answer prayers and in the meantime, live a life that is glorifying to God – even when fear creeps in.

3.) He had a bad advisor and bad friends.

Absalom trusted a man named Ahithophel to give him advice. This man himself was a traitor and wanted division between David and his son.  He was not a good man.  Also, the majority of people in their land wanted Absalom to become the new King. This shows how the majority is not always right.  He followed the crowd…to his death.

Beware of who you listen to.

Foolish friends and advisors will lead to destruction.  There is a saying that goes like this, “you are most like the 5 people you are closest to.” Evaluate your 5 closest friends. If any of them are fools, perhaps it’s time to move them out of your inner circle and find faithful friends and advisors.

Absalom so longed to have the throne, that he was willing to get it at any cost.  His ambition caused him to have bad character.  He was willing to be disloyal, betray his own father, and step on anyone he needed to, to get to that throne.

We live in a world that tells everyone- men, women and children – to be ambitious. But selfish ambition is not God’s will for us and is destructive to family relationships, friendships and ourselves.  If we are willing to achieve success at any cost, then we will be willing to cheat, steal, lie and betray even those we should love.

The cost is never worth it.

5.) His pride and outer beauty were his ultimate downfall.

Absalom was described as very handsome, with a great head of hair.  The people loved him and most likely the women were captivated by him. This led to pride and in battle, it was his demise. So as he proudly rode off into war against his own father,  he got his hair caught in a tree and was left dangling from the tree.  His beautiful long locks – brought his life to an end.  One of David’s men killed him and the throne was restored to King David.

When too much time is spent on cultivating outer beauty and not on cultivating a walk with God, vanity settles in.  Vanity is excessive pride or admiration of one’s own appearance or achievements.  Pride leads us off of God’s path and will always lead to self-destruction.

How could Absalom have overcome his rebellion?

While Absalom was hurt by his father’s life choices, he did not have to choose to rebel. Being hurt is never an excuse for sin, although it does leave an open door for Satan to work overtime on us, in an area where we feel tender.

If Absalom had discussed his feelings with his father, forgiven his father, been patient for his inheritance, been surrounded by trusted friends and advisors, followed what he knew was right rather than following the crowd and cultivated a walk with God, rather than trusting in his own good looks, he would not have died.

Absalom’s name in the Hebrew means “father of peace.”

Absalom’s legacy completely contradicts his own name.  Rather than bringing peace to his household, he brought division, disloyalty, pain and heartache.

In the end, David grieved at the news of the death of his son and he cried out:

Psalm 3 was written while King David was running for his life from Absalom. David writes:

But you, O Lord, are a shield about me,
my glory, and the lifter of my head.
4 I cried aloud to the Lord,
and he answered me from his holy hill.

God protected David during this scary time.  David proclaimed – “O Lord, you are a shield around me.”

If you are facing the heartache of the rebellion of a loved one remember this: God hears your prayers.  Though he may not bring your loved one out of rebellion, God is your shield.  He is with you, he is your protector and He loves you.

Are you wondering what’s coming next?

In the month of May, GMG Bible Studies will go on break – I’ll announce the summer Bible Study soon.

Motivation is what gets you started.
Habit is what keeps you going????????.

Even if you don’t have a Habit Tracker – you can still join us!!!

You can find the Habit Trackers on Amazon.com HERE.
(To see pictures of the interior click the “Look Inside” feature out on Amazon.)