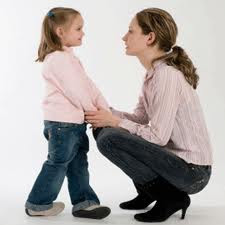 I remember when my son was around 3 and we would go places. He would inevitably do something aggressive which would shock me as much as the other moms watching! I would discipline him and watch for those same behaviors at home to be sure to work on them in privacy. But it seemed inevitable, the next time we were in a social setting he would do it again.

By the age of 4, I was exhausted with dealing with the same behaviors he was displaying at 3. He was beginning to be labeled by the behavior and it was deeply concerning.

I remember receiving the same advice from multiple sources -“be consistent”. The baffling part – I was being very consistent -and I had a child who was being equally consistent in his misbehavior.

4 years later and my son is now 7 and though he still makes spontaneous decisions without thinking that lead him to trouble, I do see progress. What a relief to see progress – but we aren’t out of the woods yet!!! A wise woman once told me “Courtney, work on progress not perfection.”

Some personalities are bent in a direction that are harder to straighten than others. Some misbehavior is very obvious while others can be more sneaky. Multiple times (and this is embarrassing to admit) I have disciplined my son because another person reported of his misbehavior, only to learn later that the other child had done something sneaky that no one else saw. 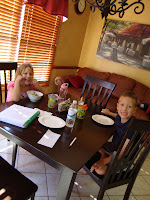 So this brings me to the point of the above story. Today is Polished Cornerstones day over at Raising Homemakers and my daughter and I attempted to complete a new assignment from page 300 (here’s us working on the assignment over breakfast).

We had missionary guests staying with us all weekend and so before the family arrived I went over with my daughter ways that she could be hospitable to the little girls that would be staying with us. She made a list of activities she could invite the other girls to do in our home. 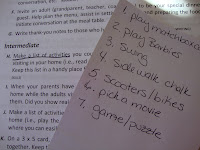 The list was made, the house prepared, the missionaries arrived and my daughter went into a funk. Let’s just say that nothing we had planned for her to do happened. If you follow my blog – you might remember that we had something similar happen once before on a Polished Cornerstones assignment. <

1. Galatians 6:7 says “A man reaps what he sows.” I must continue to sow seeds of righteousness because in “due time I will reap a harvest IF I do not give up” (Gal. 6:9).

2. Persevere. Training a child up in the ways of the Lord is not for the weary at heart! Persevere!

3. Be humble. My children keep me humble. You can lead a horse to the water but you can’t make him drink. Just when my children couldn’t make me any prouder – they go and act their age and embarrass me! My prayer life has grown as God daily humbles me and keeps me on my knees. It is very clear when they do what is right that God deserves all the glory.

4. Be patient. I try to remember when I am frustrated that my daughter has only been on this earth 5 years. She is still learning and growing. I expect to see bits of maturity over time rather than an overnight morphing of a butterfly! By God’s grace, by the time we double her age to 10, I know I will see some fruit of my labor now. Be patient.

5. Remember that God gave Adam and Eve a perfect environment and even they made the wrong choices. We can do much right as a parent and our children still make wrong choices.

This is my life verse – Galatians 6:9 “Do not grow weary in doing good, for in due season you will reap a harvest IF you do not give up.”