It’s 6/21/12 – I am getting a lot of harsh comments lately on this post – so I know that somewhere this link is being spread to readers who don’t frequent Women Living Well. Before you leave your comment, I ask that you please read my follow up post to this post titled “How I feel about the woman who confronted me.”  I ask that your comments reflect grace.  I have been open to discussion here previously – but feel it best that I begin filtering comments – comments without grace will be deleted. 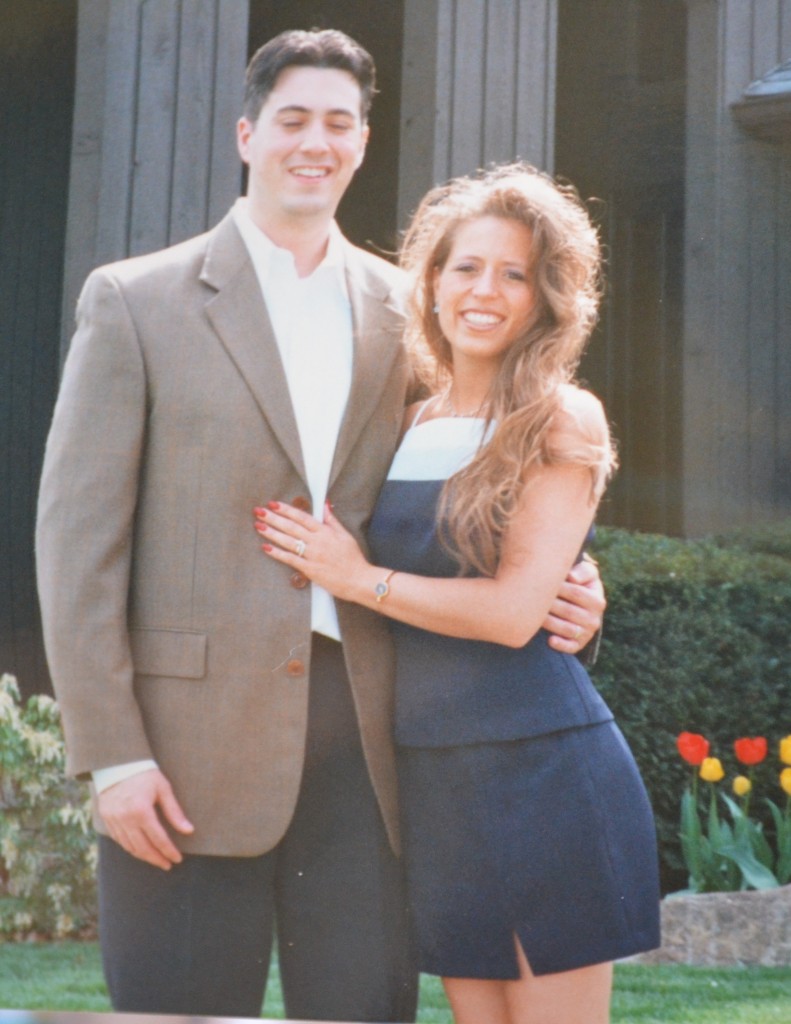 It was 2003, my husband had just become a deacon at our church and I had just given birth to my first baby.  I remember thinking that a lot of my clothes were too tight after having my baby but I really wanted to squeeze back into them rather than buy new – so I kept wearing my old clothes.  The only problem – when I bent down at church to get my son out of the carrier – my skirt was WAY too short for bending down!  But did that stop me – nope – you know what stopped me – a phone call.

So the phone rang and on the other end of the line was another deacon’s wife.  She and I had only had 1 or 2 brief conversations before (and sadly none since 🙁 ) but she was someone I respected and who I had heard through the grapevine had high ideals.

I cannot remember the exact words she said – but I do remember she asked me a lot of questions.  “How do you feel about the dress you wore to church Sunday?” Ummm…fine.   “Do you think it was too short?”  Ummm…no.  “Do you think wearing your shoulders out is okay for other men to see while they are trying to worship?” Hmmm…I guess.  “Don’t you think your high heels with your toes out are a bit much?” …haven’t really thought about my shoes before (and by the way I did not agree with her on this point – I kept my shoes 🙂 ). Then she said she could see my slip…well I had not worn a slip with that dress because my slip was not short enough to go under it -so she was wrong on that one detail.  That was one point for me. lol!!!

We talked a bit longer – she explained that being a deacon’s wife meant I would be held to a higher standard.  I felt AWFUL and embarrassed and I apologized and we hung up.  I quickly found the dress and threw it into the trash can and cried.

I was humbled and learned a lot that day.  I was forced to grow up and take seriously my clothing choices.  I was no longer the teeny bopper I once was – I was a mother, Bible study leader and a deacon’s wife.  I sensed God nudging me towards holiness and in his graciousness he allowed this woman to speak into my life and wake me up.

So what did I learn from this woman:

1.  Confrontation is NOT easy to receive but she was right AND she had done it in the right way.

I appreciated that she called me (confrontation is not easy) and talked to me about it rather than going to other deacon wives and gossiping about me or worse going to the pastor.  (If you have a problem with another woman never go to the pastor first about it – go to the person – it’s Biblical – see these instructions in Matthew 18:15-20).  The only thing I would have changed about her confrontation would have been in the coming months.  When I saw her I felt shame…we would pass in the hall and she never asked me how I was or how my baby was – I would have liked for her to befriend me but that friendship never budded and eventually her family would leave our church.

2. My heart is reflected in the way I dress.

Though my heart did not have bad intentions that is not how I was perceived.  I was perceived as immature and as not loving my brothers in Christ purely.  Since my clothing was misrepresenting my heart, I needed to change the way I dress.

3. Young moms need to test their clothes differently than the typical woman.

When I buy clothes I look in the mirror and check – is it too short? too tight?  or too low cut?  I test all of this standing up in the dressing room in front of a mirror.  BUT young moms can end up in strange positions when caring for our children.  We have to bend down to pull our kids out of carriers – which means skirts go up even shorter or necklines can hang down open.  Babies and toddlers pull on shirts – which means there’s potential for a shirt to be pulled down or off the shoulder…in front of the dads who are dropping their kids off in the nursery.  I have worked in the nursery every other Sunday for nearly 5 years – so I do the shirt and skirt check regularly.  If a dress is loose on top, I just put a tank under it – if it’s a little short for bending down I wear leggings.  I encourage you to test your clothes before wearing them! 🙂

4. Be on guard against the lies and deception that the world feeds us through magazines and media

So often we as women – first see the fashion trends and in our desire to be attractive begin to buy into the lies that immodesty is attractive. So just as Eve, we see the clothes and desire to have them. Once we have bought into Satan’s lies it won’t be long before the clothes are hanging in our closet and we are tempting men to have impure thoughts by our sinful choices.

So what do we do?

Summer is here – this is when the most skin shows.  I encourage you to really pray and ponder the clothes that are hanging in your closet.  If the Lord is convicting you about something you should not wear – do not wear it – be bold and toss it in the trash can!  God will be glorified!