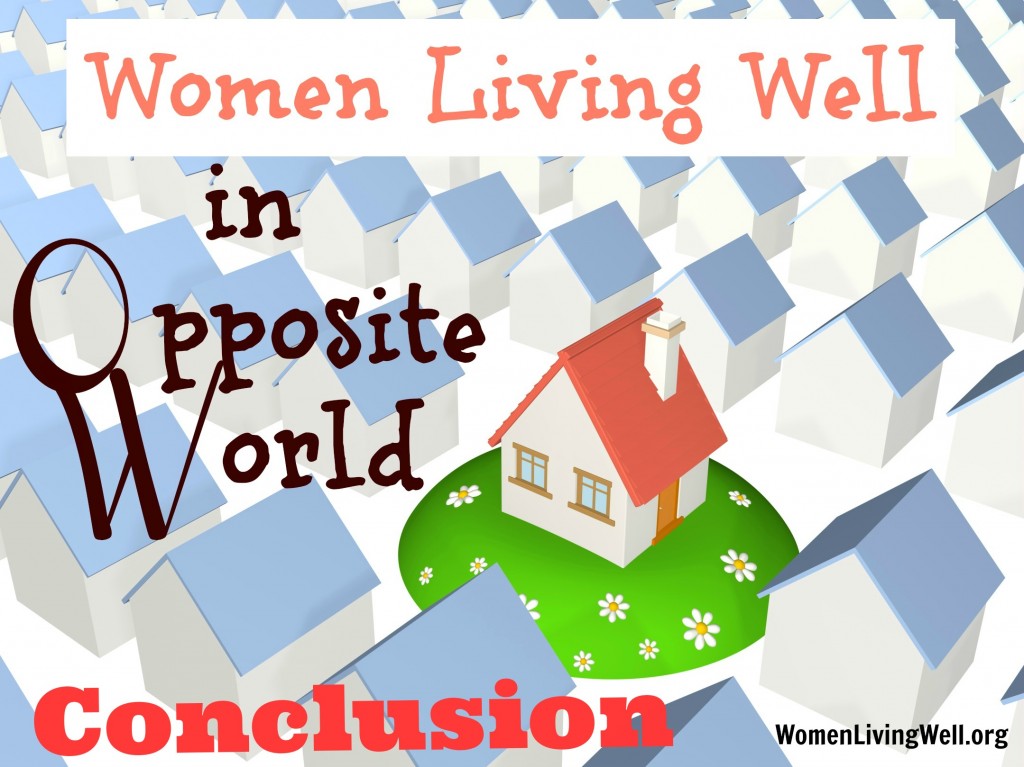 I broke one of my writing rules during this {Opposite World} series.  It’s an unspoken rule I have…

Never write against things…but rather write for — what God is for.

I want to be for women being in God’s word and walking with the King.

I want to be for strong marriages.

I want to be for gentle, grace and gospel-filled mothering.

I want to be for women valuing the beautiful and powerful role they have in their home.

But there is opposition in this world — and it comes from God’s enemy, the Father of lies.  He is like a roaring lion seeking whom he may devour. (I Peter 5:8)

And sometimes we have to speak up and speak against deception to protect our families from the lies of the Opposite World.

So I broke my unspoken rule…and it made me very uncomfortable as every post in this series brought opposition and heat to my inbox.

I am relieved to bring this series to an end because it’s hard staying in a pressure cooker…stirring the pot to the glory of God.  There are other bloggers out there who do this so well –I’m not sure I’m cut out for it.

Each time I would hit the “publish” button my stomach churned a little bit.  Each email that came in, I took a deep breath before opening. I wondered if this is the one that will rip into me with the enemy’s venom.  I quickly hit delete on those and moved forward.  Others were filled with encouragement and touching stories which brought me both comfort and strength.

I am so thankful for an open forum where we can talk about these issues and I want to say thank you to so many of you who were so very gracious to me and to each other in the comment section!

I feel like I’ve made it to an imaginary finish line with this series — I could have kept this series going as I have more thoughts on my mind, but I’ve decided it’s time to bring it all to a close and go back to following my unspoken rules 🙂 .

Here’s a recap of the series in case you missed some:

Learning to Accept My Muffin Top {In Opposite World}

Having Babies {In Opposite World}

Respecting Your Husband {In Opposite World}

Being Modest {In Opposite World}

The Husband as the Head of the Home {In Opposite World}

Slowing Down {In Opposite World}

Pure Hope {In Opposite World}

Being a Creationist {In Opposite World}

Thank you for joining me on this journey toward being Women Living Well.

On Friday, I will share with you my new July series. I pray that it will lift you up and encourage you as we pursue being for what God is for!

Join us for our Fall Bible Study in 2 Corinthians 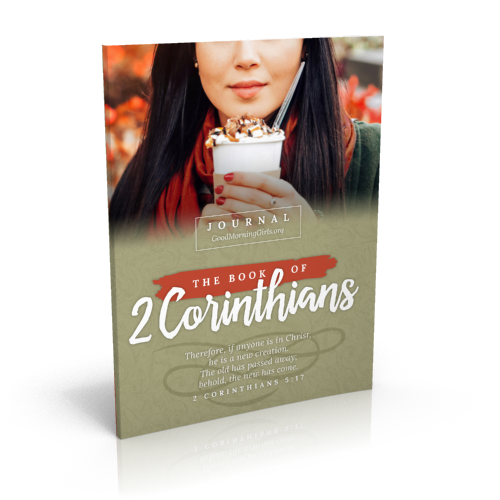