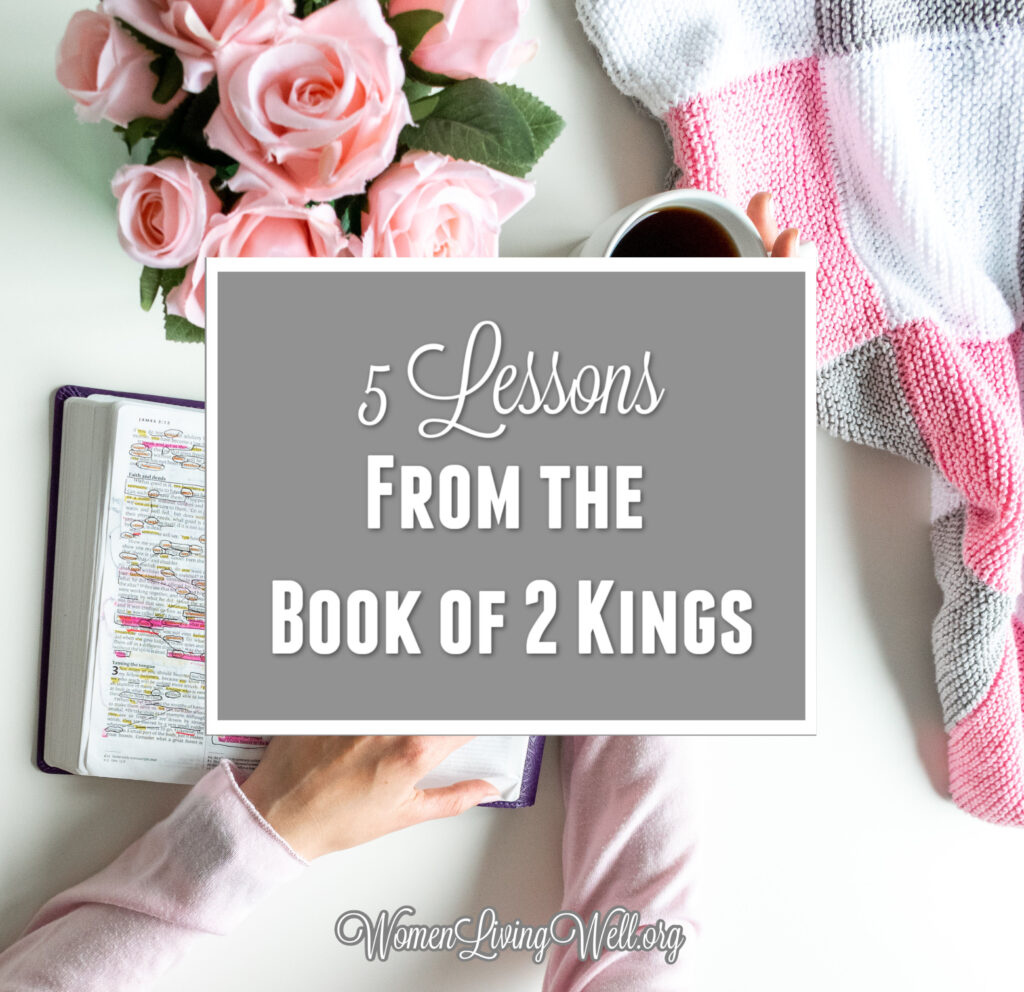 Today the Good Morning Girls complete their study in the book of 2 Kings!!!

Our next Bible Study will begin on Monday, April 13th. More details and resources for this study will be posted on the blog later in March. 😉

Here’s 5 Lessons From the Book of 2 Kings.

1.) God cares about our financial needs.

In 2 Kings 4, Elisha helped a widow who was deeply in debt.  He sent her out to borrow vessels from her neighbors.  After she gathered them, she shut the door and began to pour oil in each one, until they were all full.  Then she sold the oil and she had enough to not only pay her debts but to live on as well.  God’s power was displayed as he miraculously provided for the widow.

God is our provider.  We need to trust in Him  but that doesn’t mean we do not have to work for it — it is the opposite – his provision invites us to work hard.

2.) Don’t be a successful failure.

In 2 Kings 9, Jehu was used by God to bring judgement on the house of Ahab.  He was blessed for his obedience but then his zeal went too far when he slaughtered the house of King Ahaziah.  Jehu’s pride and desire for glory began his downfall. God was not please with Jehu and so, God began to cut off parts of Israel because of their unfaithfulness and disobedience to him.

Jehu was a successful failure.

It is possible to be used by God but not have an authentic relationship with God.  Worldly success can tempt us to be prideful and seek self glorification rather than God’s glory.

In 2 Kings 11, Queen Athaliah attempted to wipe out the royal line. This is the line through which the Messiah would come.  So, what did God do?  Did God raise up an army to rescue the line of David? Nope, he raised up ONE fearless woman named – Jehosheba. Jehosheba hid Joash for 7 years and then revealed him to the people to preserve the throne of David.

4. When a crisis hits, go straight to God in prayer.

In 2 Kings 18, threats from the King of Assyria came to the people of Judah and they were in such distress that it says the women were at the point of birth but had no strength to actually deliver their babies (2 Kings 19:3). The king’s threats literally scared the women to death! So what did King Hezekiah do?  He went to the House of the Lord and laid out every detail before God in prayer.  God answered his prayers and removed his enemies!

If something is troubling you today, remember to not give way to the enemy’s tactic of fear.  Instead, go to the Lord in prayer.

Imagine God on his throne, as he truly is. Let God remove all of your fear as you lay all the details out before Him. Seek God’s glory in the situation and wait on the Lord.

Trust that God will work things out for your good and his glory.  God loves you!

God’s prophetic word was fulfilled when Judah went into exile.  In 2 Kings 24, God allowed King Nebuchadnezzar to steal the treasures of the house of the Lord and capture all the people of Jerusalem including the warriors, craftsmen, smiths, the king and his royal family.

God warned the kings of Israel over and over to turn from their wicked ways, but they refused to listen to the prophets of their day.  As a result, they faced severe consequences for their waywardness.

May we trust God’s word and follow his commands, all the days of our life.

As we come to the end of 2 Kings, the story does not end here for Israel.  The only surviving king of Israel, Jehoiachin, takes off his prison garments and dines at the kings table!  He is restored and his needs are met the rest of his days.  God’s promises to David and his family line still stand, as we see a glimmer of hope in the final chapter of 2 Kings.

There is always hope with Jesus!

Thank you for taking this journey through 2 Kings with me. It has been a blessing to study alongside of you!

What have you learned during your time in the book of 2 Kings?

Our next study will begin on Monday, April 13th.
More details and resources for this study will be posted on the blog in March.

If you are looking to do a Bible Study
during our break here’s a few I recommend:

With over 150 5-Star Reviews on Amazon – this is my most popular Bible Study!  It is a  verse-by-verse in-depth study of the book of Ecclesiastes. You can find all of the free resources for this study along with the video series —-> HERE. 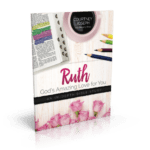 This is my second most popular study.  It is a verse-by verse, in-depth study of the book of Ruth.
You can find all of the free resources for this study along with the video series —> HERE.

You can find all of its resources and the free video seres —–> HERE.

Other books of the Bible

You can find all of the books of the Bible we have already studied together and the free resources to go along with those studies on this page —–> HERE.

I encourage you to pick a book of the Bible and study it on your own and I’ll be back in April to study a new one with you!

The  3-Month Habit Trackers are also
available on Amazon .  These are a great tool!

Find all the details including interior pics and a blog series to go with them —-> HERE.